Being a Muslim we all know that Tawaaf is one of the most important steps of pilgrimage. Circumambulating around Holy Kaabah in seven circles completes one Tawaaf.  One condition is that it should be started and ended at Hajar al-Aswad and should be done in an anticlockwise direction. The purpose of Tawaaf is to bring pilgrim closer to creator spiritually. As pilgrims of different casts, creeds, and nationalities move together during it, it creates a feeling of harmony and unity among them. Due to large crowds, sometimes it becomes difficult for the pilgrim to perform this ritual. But as you know it’s obligatory, so you have to perform it with proper intention and following the method of Sunnah. Let’s discuss different types of Tawaaf:

Its literal meaning is Tawaaf of arrival. This is Sunnah for those pilgrims who live outside Makkah. It’s performed after the arrival at Makkah for the purpose of Hajj or Umrah. Known as welcome Tawaaf, Tawaaf- ul-Qudum is performed after pilgrim has worn Ihram. It should be performed on the 9th of Dhul Hijjah or before it. If you are an Umrah pilgrim, you will perform Tawaaf al-Umrah instead of Tawaaf al Qudum. Tawaaf al Umrah is same as this type of tawaaf except for the intention.

Its meaning is Tawaaf of visitation. If you are a pilgrim of Hajj you have to observe it on 10th of Dhul Hijjah. One condition is that you have to perform Tawaaf al Ziyarah after coming out of the state of ihram. Pilgrims are prohibited to indulge in marital relations until they are done with Tawaaf al-Ziyarah. It is also called Tawaaf al-Ifadah (meaning Tawaf of Pouring Forth) as pilgrims visit Kaabah after they have left Mina. By consensus of scholars of all schools of thought, it is referred to as Rukan of hajj. 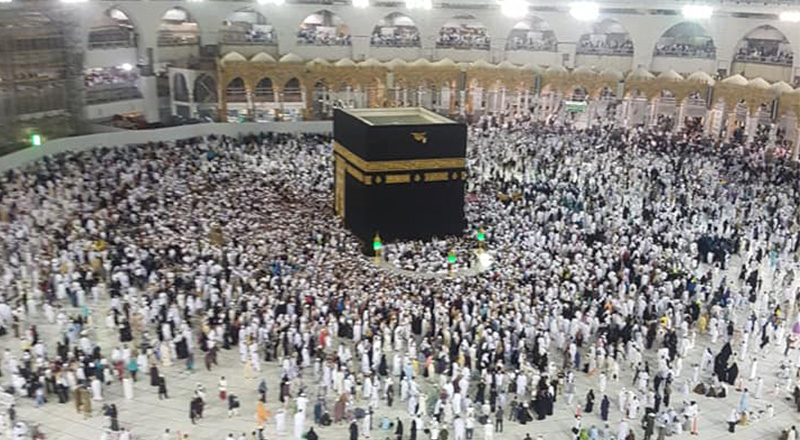 Tawaaf al-Wida, also known as farewell tawaaf is the last rite of Hajj which is observed in Makkah before pilgrims move to next destination. Hence one has to perform farewell tawaaf before completing Hajj and leaving Makkah. According to Hanafi and Hanbali school of thought, Tawaaf al-Wida is obligatory but if it’s not performed then pilgrim has to pay Fidyah for its compensation.

This type of Tawaaf is performed by those pilgrims who are performing Umrah outside the season of Hajj. Your Umrah will be invalid if you leave this ritual. You have to wear Ihram and carry out Raml and Idtiba during tawaaf.

This is an optional or voluntary Tawaaf and could be performed at any time.