Muharram is one of the four sacred months of the Islamic calendar as declared by Allah the Almighty. As the Holy Quran says: –

“Verily, the number of months with Allah is twelve months (in a year), so it was ordained by Allah on the Day when He created the heavens and the earth; of them, four are sacred. That is the right religion, so wrong not yourselves therein …”

Holy Prophet Muhammad (PBUH) is reported to have said: –

“The year is twelve months of which four are sacred, the three consecutive months of Dhul-Qa’dah, Dhul-Hijjah and Muharram, and Rajab Mudar which comes between Jumadah and Sha’ban.”

Hence, Muharram importance is very much evident from the most authentic sources in Islam. Muslims are advocated to engage in as many good deeds as possible in the month of Muharram. There is a great reward for performing good deeds in this sacred month. Likewise, they must refrain from evil actions as sin also multiplies if it is committed in Muharram.

Significance of Ashura in Islam

Ashura refers to the 10th day of Muharram. This day has great significance in the history of Islam. Many important events took place on the day. The history goes back way beyond the advent of Islam. Hazrat Adam (AS) was forgiven by Allah on this day. He listened to Iblees and consumed the fruit that which was forbidden by Allah for consumption. Allah punished him and did not accept his forgiveness for years and years.

It was finally on the 10th of Muharram that Allah accepted his repentance. Hazrat Nuh (AS) and his righteous men were ordered by Allah to sail through an ark before Allah sent a deadly storm to punish the wronged people of Israel. On the 10th of Muharram, the ark finally settled on a mountain by the name of Judi. Hazrat Ayub (AS) suffered from a very painful disease which was cured by the grace of Allah on the day of Ashura. Hazrat Moosa (AS) and the people of Israel were saved from the cruel Pharaoh of Egypt on this day. Allah drowned the Pharaoh and his army in the river of Nile which was a great relieve for the people of Israel. 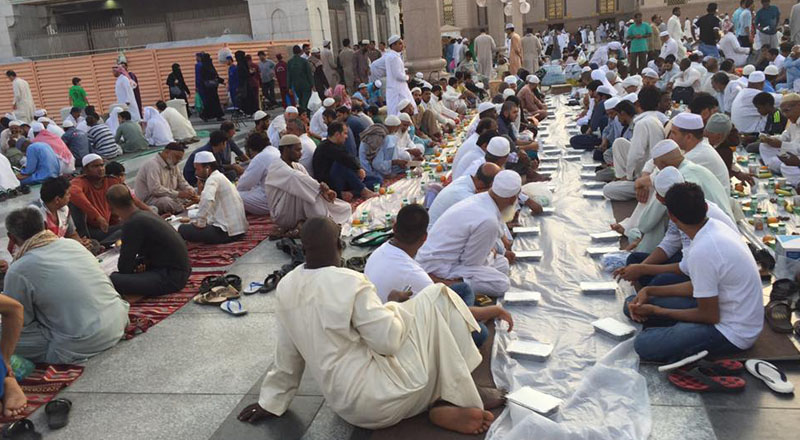 Fasting on the day of Ashura

Fasting on the day of Ashura has been a tradition even before fasting was made obligatory upon the Muslims. When Hazrat Nooh’s ark (AS) came to rest to Mount Judi he observed fast in order to thank Allah for his mercy. When Hazrat Moosa (AS) and the people of Israel were saved from the cruelty of Pharaoh. He observed fast to pay gratitude to Allah.

Reason for fasting on 9th and 10th of Muharram

‘If I live to see the next year, in sha Allah, we will fast on a ninth day too.’

However, he did not live until that long. That is the reason why Muslims fast on the 9th of Muharram as well since Prophet Muhammad (PBUH) showed his intention to fast on this day.

Today Muslims all over the world show great respect fasting on 9th and 10th Muharram on these dates.