Hajj lifetime achievement – Wearing two just white clothes, being far away from the comfort of their homes, under the scorching sun heat, tired and nauseous but still calling “Labaik” with full spiritual energy is actually the best moments of the life of every Muslim. The hajj fifth pillar of Islam and the Sunnah of Prophet Ibrahim –performing Hajj is the lifetime desire of every Muslim heart. It is the only prayer that involves both physical and financial endurance. 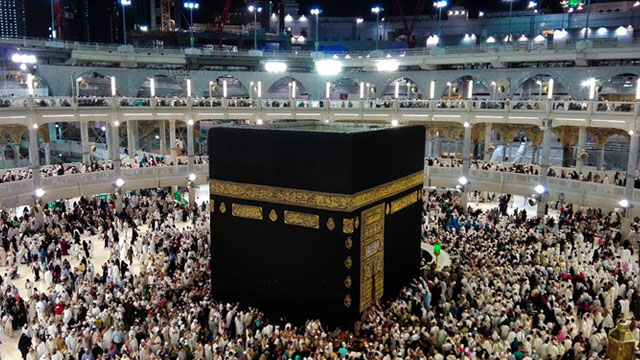 The sacred pilgrimage was established by Abraham (Peace be upon him), the father of the prophets when Allah commanded him as stated in Surah AL-Hajj: 27

The hajj is the greatest spiritual, moral, and worldly event to compete once in a lifetime. The hajj denotes purification, patience, strengthening the world relations, bond with Allah, and the devotion to carrying out all the rituals within good conduct for other pilgrims and owns self.

The purpose of Hajj is to remember the great sacrifice made by Prophet Muhammad (P.B.U.H) and Prophet Ibrahim who built the Kaaba. The pilgrims visit Makkah to remember the holy acts and follow them.

The Hajj is performed in white Ihram, which promotes purity and a sense of cleanliness. One can see at the time of hajj how millions of Muslims are united in one place just for sake of Allah. This is the beauty of Hajj, how it develops a sense of unity, care, and love for other pilgrims. The white color denotes the death and life. At the time of death, one will be buried in two white cloth pieces.

Hajj symbolizes the harmony and contentment among Muslims. During Hajj, all pilgrims, sit, eat, and drink together. Thus, they share and exchange pieces of advice and help each other.

To know more about Hajj, it is the act, which washes away all the sins. As Prophet Muhammad ﷺ says:

“Whoever performs Hajj and does not speak any obscene words or entrust any sin will go back purified of sin as on the day he was born.”

Hajj is lifetime achievement and also develops the qualities in a Muslim of patience, having full faith in Allah and sharing. The pilgrim endures patience by sitting under the heat of the sun, bearing the crowd and arguments and goes through a lot of traveling hardships as well.

The reminder of Day of Judgement