Slowly and gradually, we see that the Islamic principles which were reinforced in Islam on the basis of protection of ideology, sins and practices have now become obsolete and immoral principles which involve dating and zina have been on the rise. As far as taking a walk in a beautiful, peaceful park is concerned, we see that Islamic cultures and traditions which once had been the protection of faith and of course, morality, have been depleted and taken over by the sudden adrenaline rush traversing our faith with a social and cultural norm.

Society has started to see practices that once immoral, have been reinforced again in order to stay high on the social calendar, or to be praised in the world as an up-to-date, modern lifestyle. However, one must keep in mind that not all beatifications are meant to be steadfast or right, and thus, leads a once flourishing society into the alleys of darkness and pity. Westernized cultures today see the breaking of rules in Islam as a typical norm, without which one could not survive or mark their mainstay in today’s society.

UNETHICAL RELATIONSHIPS AND DATING IN ISLAM

Nowadays, being in an unethical liaison before marriage is considered to be ‘cool’ or allows you to be somewhat ‘accepted’ in society. The Prophet Muhammad ﷺ has emphasized on the quality of life and moral practices such as righteousness and steadfastness which, despite been mentioned in the Qur’an have also been evident in the lives of Muslims who claim to have lived their lives in piety and honor. Apart from such emphases, the Qura’an allows humanity to distinguish between the practices that are either strictly prohibited such as Khilwa and Zina, and those which are rightfully allowed in Islam due to their benevolent nature. 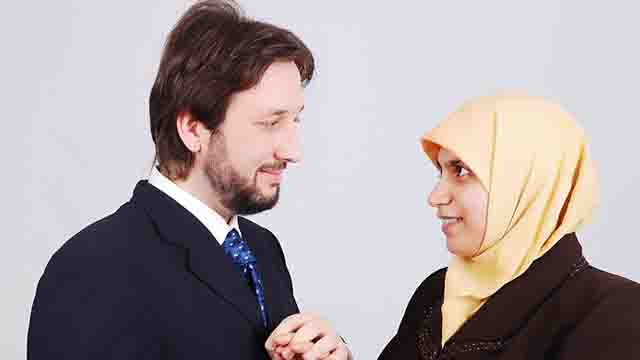 Allah has never ordered humanity to steer clear from anything without explaining its immoral and unethical nature, its prejudicial faults and of course, its baseless preaching which tend to engulf the average muslim in chaos, and later on, in fire, in Akhirah. The Last Messenger of Allah has put forward the salient feature that it is forbidden for a non-mahram (a man not related in any way to the woman) and a woman to be indulging in unethical relationships or affairs in isolation. Such is an act which can lead to Zina (extramarital sexual intercourse) which is shameful and strictly prohibited in Islam.

Courting or escorting the opposite sex before marriage is cornered to be prohibited in Islam, because it is believed as stated by the Prophet of Allah that illegitimate relationships may lead to other wrong paths such as zina which may end in illegitimate children or sinful acts of eradicating unwanted pregnancies such as acts of abortion. Indulging in physical contact, touch or caressing the opposite sex who is a non-mahram to the woman involved is considered to be a forbidden practice which now, due to Western cultures, norms and practices are on the rise and typically normal and ‘okay’.

It is at times considered that it is necessary to date before marriage or move in with a non-mahram in order to understand the other better or completely before tying the knot. According to statistics and recent studies, many engagements end in separation or marriages in divorce which pertain to dating before marriage on account of being ‘bored’ with ‘partnership’ or in other cases, being totally ridiculous due to unwanted children and abortions. Also, since dating can also lead to potential sexual relationships which may in turn lead to sexually transmitted diseases such as chlamydia, gonorrhea or herpes, how can one claim that dating is henceforth, beneficial and completely normal and okay due to indulgence and ‘mere physical and sexual involvement before marriage’?

It is only understandable why Islam has prohibited the nature of being alone with a non-mahram under prohibition, let alone the perusal of sexual relationships before a pious nikkah (marriage in Islam).