Hajj is the most significant form of worship in Islam. This worship is unique in itself due to the exceptional rites involved in it. These rites revolve around the actions that Hazrat Ibrahim and his family performed in their life. The Sa’ee which is running between hills of Safa and Marwah is following the footsteps of Hazrat Hajirah. The Zamzam well was found when baby Ismail hit his heels on the earth, and Hazrat Hajirah relinquished his search for water. Drinking Zamzam water is an important custom that pilgrims follow as it is a Sunnah of their beloved Prophet Muhammad PBUH. 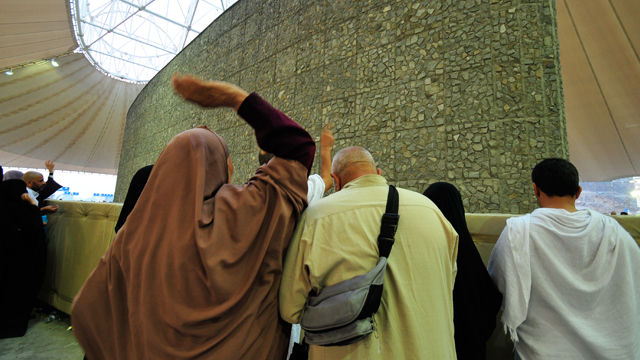 Where is the Jamarat located?

What is Rami Hajj?

When Prophet Ibrahim was ordered by Allah Almighty in his dream to sacrifice his son Prophet Ismail, he responded unwaveringly and trusted in the will of Almighty. On his way, Satan sought to tempt the father-son duo repeatedly when he reached at the location of Jamarah al-Aqaba so that he ignores the commandments. Angel Jibraeel who accompanied ProphetIbrahim on his way instructed him to throw seven pebbles at Satan which he obliged. By doing this, the evil went away but appeared again when Prophet Ibrahim reached near Jamarah al-Wustu. Satan was again greeted with seven stones from KhaleelUllah, and then it fled.

The same happened again at the place of Jamrah alula, and yet again satan was hailed with seven stones and made fled.

Hazrat Ibrahim resisted the temptation and remained steadfast, so Allah SWT spared him from executing the original commandments at the last moment by exchanging his son by an animal. Instead, the three places where Satan tempted him were marked, and structures were built to perform Rami every year in the event of Hajj. The three Jamarat is called as:

Reported by Jabir RZ that Allah’s Apostle PBUH, on the Day of Nahr, tossed pebbles at Jamarat after sunrise and next days. (i.e. 11th, 12th and 13th of Dhul Hijjah after sunset) –Sahih Muslim.

Pelting stones to Jamrah would be performed between the Fajrtime of 10th to the Fajrsalah of 11th. However, there are certain times of the day when this act has more rewards; and that is from sunrise to mid-day.

There are also some certain timings when it is prohibited i.e.

These conditions are not applicable to men who are Mahram to the women who are performing Rami during prohibited times.

On this day, stoning can be performed after midday (Zawwal) and before Fajr. The beginning time of ZuhrSalahuntil sunset is sunnah and considered more rewarding for stoning.

The days of stoning are significant all around the Muslim world. While pilgrims perform Ramee al Jamarat, the Muslims at the other parts of the world perform the sacrifice of animals to revive the sunnah Prophet Ibrahim and celebrate EidUlAdha. May Allah accepts our sacrifices and hajj, Ameen.