While the number of holy sites in Islam is many. The Riyadhul Jannah is the name given to the center of the Holy Prophet PBUH mosque. Many Muslims including scholars have named this area to be sacred and one of the most auspicious areas in the entire Masjid e Nabwi.

The area begins or extends from the sacred chamber, all the way through to the Pulpit or the mimbar. This today is referred to as the Garden of Paradise. It can be greatly distinguished from miles away via its green carpet. Some individuals may also refer to this location as rawdah. This area has been designated differently for both men as well as women.

The Mehrab, on the other hand, is the name given to the prayer niche located at the Riyadhul Jannah. Some may also commonly term it as the Mehrab Nabwi sacred location. 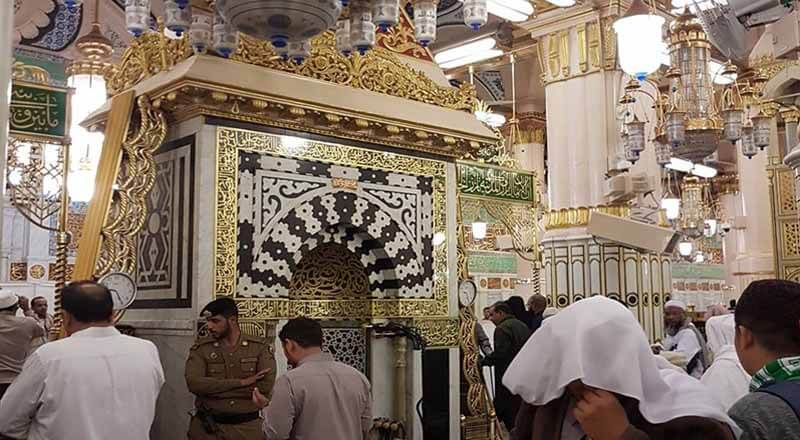 Why Is the Riyadhul Jannah Considered to Be a Piece of Heaven in The Madinah District?

It is commonly referred by many to be a piece of heaven in the Madinah Al-Munawarah district as well as on earth. This has been proven by the following Hadith of the Holy Prophet Muhammad (PBUH): “Between my house and my pulpit lies a garden from the gardens of Paradise.” It is for this reason why many believers attempt to pray two rakah. The intention is to ask Allah SWT for the forgiveness of sins. It has been proved that praying one rakah of prayers is equivalent to the offering of 1000 prayers.

Are Prayers Truly Accepted at The Riyadhul Jannah?

There is no surprise why believers make an extra effort to pray at the Riyadhul Jannah. Prayers offered here are accepted and never rejected by ALLAH SWT. This is the reason why the area is crowded with believers from all walks of life. 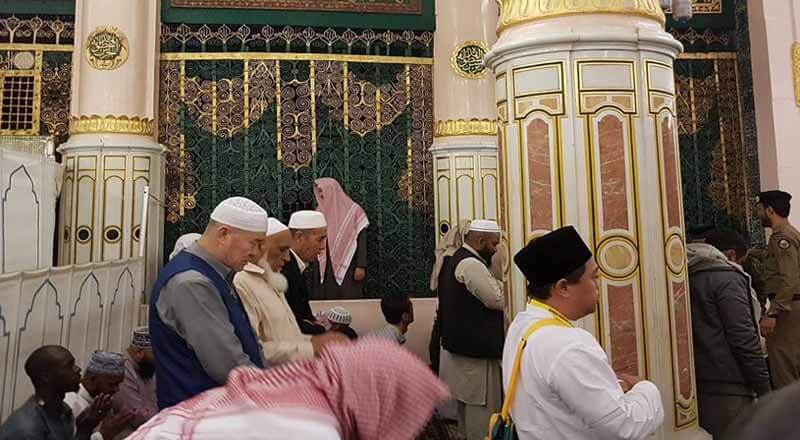 How Can Muslims Enter the Riyadhul Jannah?

There are two main gates through which believers may enter the bless area. Both these gates are heavenly secured and guarded by Saudi police. The actual area size is known to extend around 22m in length while being 15m in width.

The Significance of the Rawdah Jannah 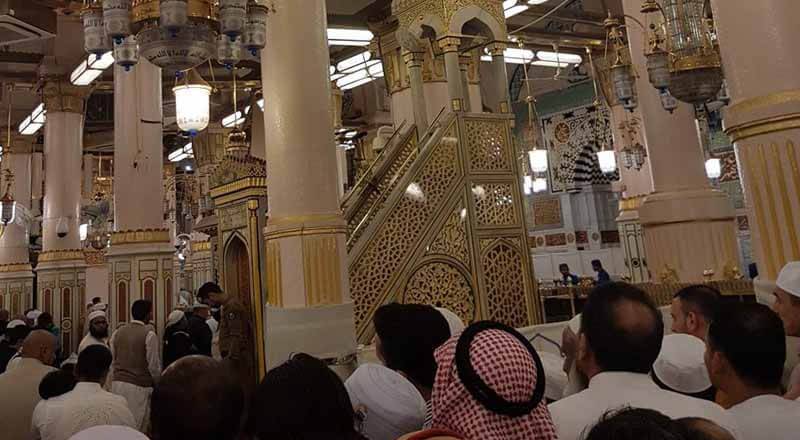 Understanding The Significance of the Mehrab

As previously mentioned, the Mehrab is the term used for the praying niche at the Riyadhul Jannah. And that is where the term Mehrab e Nabwi arose from. Those who stand at the Mehrab are able to perform sajda at the same location where the blessed Holy Prophet PBUH feet once used to pray. It must be noted that the Mehrab was not present during the Holy Prophet’s time. It was created in 91 A.H. by Hazrat Umar bin Abdul Aziz.

It can clearly be observed that the Riyadhul Jannah and Mehrab are both holy places located in the Prophet’s mosque in Madinah Al-Munawarah. Believers must avail the blessed opportunity to visit both these sites to obtain the maximal benefit.