History of four Imams of Islam – The Imam is an Arabic word which means ‘to stand in front of’. It is usually taken in terms of leadership. There is a different understanding of the concept of Imam in different Islamic groups. However, the majority of the Muslims see Imam as an appointment of Muslim leadership. An Imam may lead; a prayer in or outside the mosque, a larger Muslim community, a Muslim state or the whole of Muslim Ummah.  Just like any leader is the role model for the followers, an Imam is also the role model for any Muslim community. He in the community has the highest scores in terms of knowledge, purity, piety and religious devotion that is required for his Job. He is a teacher and a guide for the Muslims. 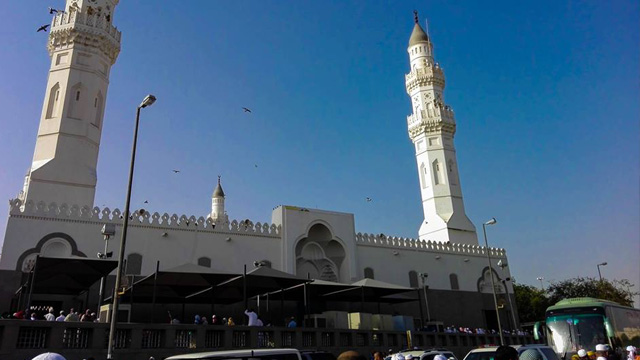 The famous four Imams who are followed by the majority of the Muslim world were not leaders in the literal meaning. They may or may not have enjoyed leadership in a political sense, but they were the people of higher knowledge, spirituality, and devotion of their times. They had a sound knowledge of the Quran and the Sunnah of the Prophet (PBUH) and had spent their lives understanding all the aspects of the doctrine of the Islamic faith. Today we stand nowhere without consulting the opinion of the respectable imams in the matters of Islamic jurisprudence. These Imams called the people to the truth of Islam based on the Quran and Sunnah and did not force anyone to follow their opinion alone. They were the mujtahids and will be rewarded for their knowledge, understanding, and efforts put into giving an opinion regardless of it being right or wrong. As an authentic hadith says that a mujtahid will be given two rewards if his opinion is correct and one reward if his opinion is wrong.

Now let us briefly discuss and enlighten ourselves about the lives of the respectable imams of Islam.

Nu’man bin Thabit, famously known as Abu Hanifah, is the first of the four Imams. His is also the most widely followed school sof thought in the Muslim ummah, probably because he lived in the time closest to that of Prophet Muhammad (PBUH) and also had met many of his PBUH companions in person. His school of thought was also followed during the caliphate of Uthman r.a. He was born in Kufa in 80 A.H. He started learning fiqh at an early stage and was the student of renowned scholar of that time Hammad ibn Abi Sulaiman. He had memorized uncountable ahadith and had acquired unequaled excellence in the knowledge of fiqh in a very short time. He was the first one to classify and compile the knowledge of fiqh. He was considered as a great intellectual and was offered many respectable appointments by the governing body of his times. But he refused to allow to his taqwa and sense of accountability before Allah and preferred a simple life.

Imam Maalik ibn e Anas is the second of the four Imams. He was born in the city of Madinah for which he had great respect. He had an enormous interest in the subject of Islamic law which he studied as a major. Among numerous others, Muwatta is his most notable compilation of authentic ahadith which was analyzed and approved by up to 70 jurists of that time. This was because of his utmost carefulness in taking narrations. He is revered and respected in the highest regard by all the scholars of Islam to the time.

Abu Abdullah Muhammad Ibn Idrees Shafi’ee (ra) is the third among the respectable Imams of Islamic jurisprudence. He was born in Palestine in 150 AH. He belonged to the Quraish, the tribe of the Prophet Muhammad PBUH. He was blessed with an amazing memory which was evident when he memorized the whole Book of Allah at a very young age of 7 years. He also had memorized Muwatta of Imam Maalik by 15 years of age. He also has the honor of being a student of the great Imam Maalik. Among his works, the most renowned are Kitab al-Umm and Kitab al-Hujja.

Abu Abdullah Ahmad ibn Muhammad ibn Hambal was born in Baghdad in 164 AH. He like Imam Shafi’s also memorized Quran at an early age. He pursued the subjects of fiqh, hadith, tafsir, tajweed of Quran and Arabic language under the supervision of learned sheiks of that time. His works are an important and major contribution towards Islamic literature and include Massad, Kitab al-Zuhd , Kitabul A’maal, Kitaabut Tafseer, the Kitab al-Sunnah and al-Rad ‘Ala al-Zanadiqah was al-Jahmiyah among many others.

Dawn Travels is one the top Hajj Umrah Travel Company in North America along with other destination journey as a decade.