Importance of Friday Prayer in Islam: –

The meaning of Friday is a congregation. There is great importance of this day of the week in Islam. It is Sunnah to bath, cut nails, put fragrance and wear clean clothes on this day. Prophet Muhammad (PBUH) declared Friday as weekly Eid for the Muslims. Prophet Muhammad (PBUH) also advocated Muslims to recite Surah al-Kahf on Friday to be saved from Dajjal. There is great reward for reciting durood sharif on Friday. Allah loves those who spend Friday in the remembrance of Allah. The Holy Prophet (PBUH) said the following about Friday: –

“Recite Durood upon me in abundance on the day of Jummah since they are presented to me.” (Ibn Majah)

“The best day during which the sun has risen is Friday. It is the Day Adam was created. The day when Adam entered paradise and also when he was taken out of it. It is also the day on which the Day of Judgment takes place.” 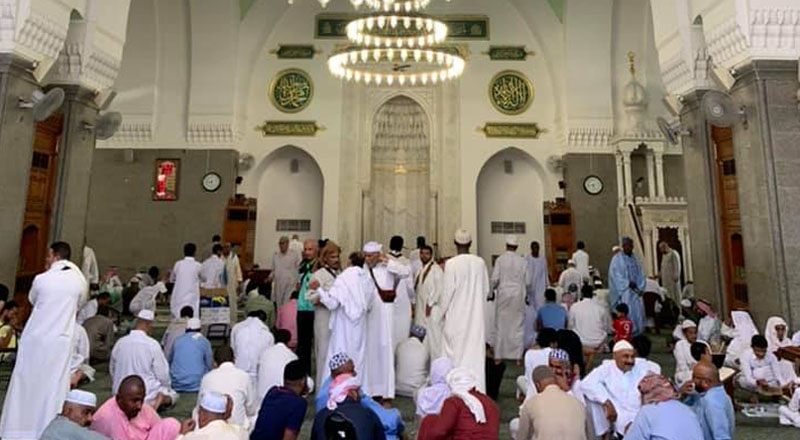 The Friday Salah is a congregational prayer offered in place of Zuhr prayer in mosques. All the Muslims around the world unite in consensus upon the fact that Friday prayer is wajib to perform. As Allah says in the Holy Quran: –

“O believers, when the proclamation is made for prayer on the Day of Congregation (yawm al-jumu’ah) hasten to God’s remembrance and leave trading aside” (Qur’an 62:9)

The importance of Friday prayer can be judged by the following hadith of the Holy Prophet (PBUH): –

“When the Friday comes, at every door of the Masjid there stands Angels who write down (the names of) those who come First, then who comes next. When the Imam sits down, the records are closed and they come to listen to the reminder, i.e. the Khutba….”  Muslim 1984.

Conditions to perform Friday prayer are the same as for any other prayer in Islam. You must be in a clean state, the body must be properly covered and you must be facing the Qibla when performing the prayer. Jummah prayer is wajib for men to perform. However, it is not wajib on women and those men who are blind. Jummah prayer has to be offered in congregation.

It is a consensus among different sects of Muslims that there are two sermons that are supposed to be offered before Friday Salah. The sermons are to be delivered at the time set and not before that. The purpose of the sermon is to glorify Allah, thank Him for His blessings, supplicate to Him and recite verses from the Holy Quran. Muslims are supposed to listen to the sermon with great respect and attention. It is not good to hold any sort of conversation during Friday sermon unless it is very urgent. 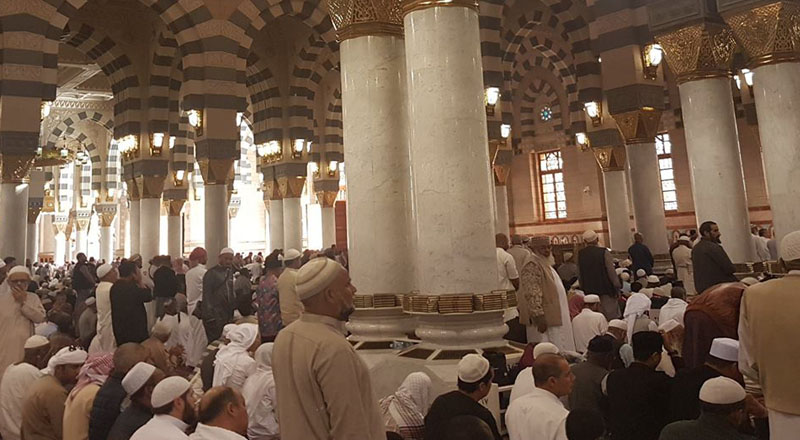 There are two rakats in Friday prayer. In the first rakat, Surah Jummah is recited after Surah Fateha. In the second Rakat, some sects of Muslims recite Surah Munafiqun while some recite Surah Ghashiyah. On the other hand, some Muslims do not recite any particular fixed surah every time.

The social importance of Friday Prayer: –

Friday is a day of celebration for Muslims. When Muslim brothers meet for Friday prayers they greet each other with love and peace. It is a good way of socializing and working together for the uplift of an Islamic society. Social issues are usually raised after Friday Salah is offered. People also give charity to mosques and other noble causes when they come to offer Friday prayer.

Friday prayer is very important in Islam as it builds a sense of unity, equality, and cooperation among Muslims.