The Purest Relation between the God and His Worshiper

The relation between ALLAH and Prophet Mohammad (PBUH) could not be explained in words. It is beyond human understanding and imagination; we can only try to explore few aspects of this amazing relationship but never understand it completely. Prophet Mohammad (PBUH) is so close and adored to ALLAH that ALLAH included His (PBUH) name in Kalma Tauheed just after His own name.ALLAH addresses him in Qur’aan with love and affection on various places.

The Devotion and Love of Prophet Mohammad (PBUH) Towards ALLAH 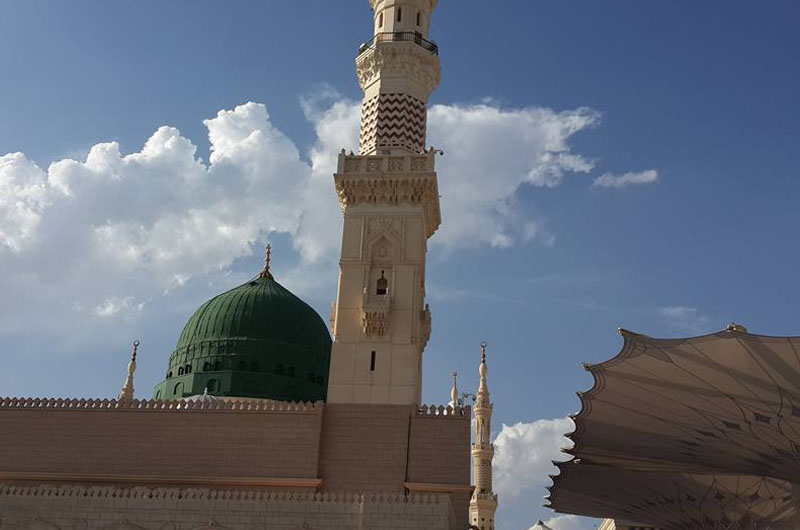 Similarly the relationship of Prophet Mohammad (PBUH) with ALLAH has built on absolute trust, total sincerity, respect, true love and abidance to Him (SWT). If we summarize this very special relationship between Prophet Mohammad and ALLAH in one word, we will not find a better word than “Islam“.

Every phase of the Prophet Mohammad’s (PBUH) life had been wrapped by his love and dedication to ALLAH. Despite of the very serious responsibilities that had been placed upon his shoulders, the greater share of his time during the day as well as during the night was spent in the worship and praise of ALLAH. He left His sleeping place every midnight and devotes himself to the adoration of ALLAH till the first call (Athan )for the Fajr prayers.

The journey of Prophet Mohammad (PBUH) in Mairaaj night from Makkah to Masjid-e-Aqsa and then went ahead from there with Jibra’eel (A.S) headed for the seven skies, witnessed Heaven and Hell during the journey and met with different Prophets on each sky and finally honored to meet ALLAH face to face without any veil is one of the greatest example that how close and special this relationship is between ALLAH and Prophet Mohammad (PBUH). This journey had been designed by ALLAH to show His love and affection for Prophet Mohammad (PBUH), no other prophet or individual has ever perceived such experience before and never will be till the world last. ALLAH mentioned this incident in Qur’aan:

“Purity is to Him who took His Prophet Mohammad (pbuh) in a part of the night from the Sacred Mosque (Makkah) to the Aqsa Mosque (Jerusalem) around which we have placed blessings, in order that we may display him our countless signs; surely He is the hearer, the beholder.”  (Soora Bani Isra’eel: 1)

O you covered up in your clothing. (Soora Muzammil: 1)

O you wrapped in your cape. (Soora Mudassir: 1)

“O Prophet! Definitely We have sent you as a beholder and a bearer of pleased notifications and a warner from ALLAH by His permission, and as an enlightening light. And give pleasednotifications to the believers that they will have great reward from ALLAH.” (Ayaat # 45-47)

“Certainly, those who swear loyalty to you (O beloved Prophet), swear loyalty to ALLAH. The hand of ALLAH is over their hands. So whoever breaks his promise breaks it only to his own harm; and whoever fulfils his promise which he has made with ALLAH, then on him He will shower great reward.” (Aayat # 10)