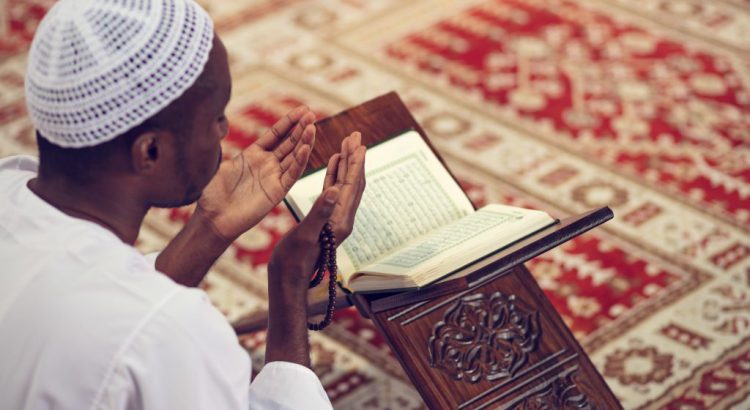 The worldly life is just like a roller coaster ride. Everyone is occupied with its substantial aspects including work, family, education, status, and achieving goals etc. while we strive and try to win this never-ending marathon, we have to tackle problems like anxieties and worries. Furthermore, we surely need a backup to rise above the issues that are beyond our capacities and provide reassurance for the future with hope.

As Muslims, we are lucky! We are called five times a day towards success and happiness through prayers. We have salaat (prayers) that provides inner tranquility. Salaat or Namaz, both are the names of prayers that Muslims offers five times a day. It is an obligation on every adult Muslim men and women. Prayer is a link between the believer and his Lord, the Almighty and the One who manages from the tiniest thing to the whole universe.

The Importance of Prayer as narrated in Ahadith

Prayer was the ultimate joy for the Prophet ﷺ; it was his source of relief and happiness. Allah’s Apostle ﷺ loved to offer prayer and claimed it as a resource of his comfort and relief. He ﷺ used to stand in prayers for long hours besides the five obligatory prayers. He ﷺ also offered Tahajud prayer in the last hours of nights praying for Allah’s mercy on His Ummah.

-Al-Mughira ibn Shu`ba narrated; “The companions of Allah Apostle ﷺ stated that the Prophet used to pray so much that his feet swollen, and when he was asked of the reason, he would say, “Shall I not be a gratified slave (of Allah)?” –Al Bukhari.

-In another hadith stated by Anas Ibn Malik RZ Prophet Muhammad ﷺ stated, “Women and fragrance have been made cherished to me, but my comfort has been provided in prayer.” –An-Nasa’i

-Ubadah ibn As-Samit stated; I heard the Messenger of Allah ﷺ say: “Allah, the Exalted, has made five prayers obligatory. If anyone perfectly performs ablution, offers them at their (right) time, and observes bowing and submissiveness with perfection in them, Allah guarantees that He will forgive him.” -Abu Dawood

The Significance of Prayer in Quran

In Quran, Allah has ordered His believers to maintain a habit of prayers in order to gain success in worldly life and hereafter and also attain safety from Satan.

-“And those who strictly guard their prayers (at their fixed stated hours). These are indeed the inheritors; they will inherit the Firdaus (Paradise) they dwell therein forever.  23:9-11

The Healing Power of Prayer

It is scientifically proven that the congregational ablution done before every prayer helps a person in relieving depression. The psychiatrist prescribes exercises to depression and anxiety patients that are similar as Muslims performs Rukuh and Sujood in their prayers. And finally, When a man stands before Allah ﷻ with an absolute faith and unshaken trust in Allah’s supremacy and mercifulness, he can easily pour his heart out, leave all his concerns and lay all his burdens to Allah and attain true tranquility as surely Allah will help him. Surely along with its extensive advantages, prayer is a true anti-depressant.