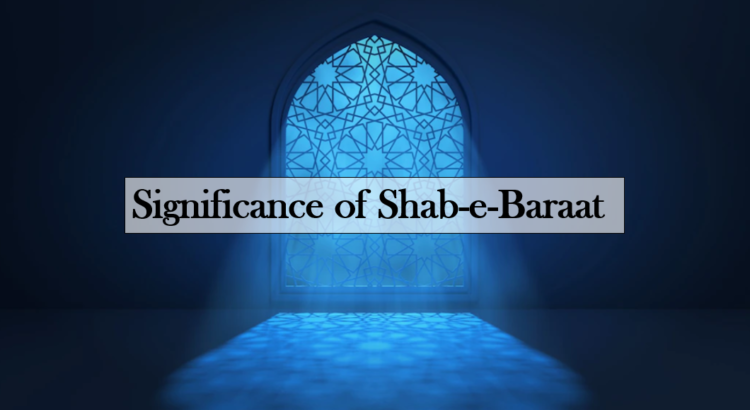 Booking your Umrah tour with a suitable tour company in the auspicious month of Shaban is a great privilege. Especially if you get to spend Shab-e-Barat in the holy city of Makkah, it is like a dream come true.

Just as the significance of Mina during Hajj is abundant to reject the temptations of the devil, Shaban is a virtuous month to attain Allah’s blessings. It is the month to implore Allah for forgiveness. It is the month that comes before Holy Ramadan, bringing the bounties of the succeeding month. Shabaan is the enjoining month of the two holy months; Rajab and Ramadan. Our Prophet Muhammad (PBUH) used to fast during Shabaan very often. He always advised his companions to engage in prayer, remembrance of Allah, fasting, and charity during Shabaan. In this month our deeds are presented to Allah. Therefore, the Prophet Muhammad (PBUH) always wanted to be in a state of worship during this month.

Shab-e-Baraat is very close to every Muslim&#39;s heart. !5th Shabaan marks the birth of the 12th Imam of Muslims, Muhammad Al Mahdi. It is also a popular belief that Allah saved Prophet Nuh (AS) from the flood on the 15th of Shabaan. The incident of splitting the moon into two took place during Shaban. Allah bestowed his Prophet Muhammad (PBUH) so that he could make the non-believers believe in his prophethood. These beliefs indicate that Shab-e-Baraat has been a significant day in the history of Islam.

Muslims all over the world celebrate Shab-e-Barat with great reverence and piety. They engage in prayer and worship. Giving alms and charity are also very common during Shabaan. The festivities of Shab-e-Barat are reminiscent of the holy month of Ramadan. People stay awake the whole night. They fast during the day and perform good deeds.

Ahadith indicated that the Holy Prophet Muhammad (PBUH) visited his beloveds buried in Jannat-ul-Baqi on Shab-e-Baraat. That’s why Muslims all over the world visit their beloveds resting in the graveyard.

Many authentic ahadith and traditions prove the significance of the middle of Shaban, that is, the 15th of Shaban. Prophet Muhammad once told his companions that Allah looks upon all of

his creations on the middle Night of Shabaan and forgives them except for those who associate partners with him or those who have hurt any of his fellow humans. That is why when Shab-e- Barat approaches people to ask for forgiveness from each other, for Allah will not forgive unless the person forgives.  On another occasion, Hazrat Aisha (RA) said that on the middle Night of Shaban, the Prophet Muhammad (PBUH) prolonged his prostration so much that Hazrat Aisha (RA) feared if his soul has been departed. After completing his prayer and invocation, Holy Prophet Muhammad (PBUH) told her about the importance of this Night when Allah forgives those who plead to Him. People can also pray for their departed beloveds on this night. Allah frees countless people from the fire of Hell on this Night.

Shab-e-Barat in Islam, according to ahadith: –

Other holy nights in Islam: –

Some people question: Is Shab-e-Meraj mentioned in Quran?

Clearly, yes, Allah mentions the event of Ascension in the Holy Quran in the following verses. Holy is He Who carried His bondman by night from the sacred Mosque to the Aqsa Mosque. (Aqsa) around which We have put blessings that We might show him Our grand signs. No doubt, He is the Hearing, the Seeing.

Apart from Shab-e-Barat and Shab-e-Meraj, the last five odd nights in the month of Ramadan are extremely significant in Islam. Surah Al Qadr tells us about the significance of the night of Power. Worship during this night is better than the worship of thousands of nights.

Some people have reservations about the chain of ahadith mentioning the importance of Shab- e-Barat. However, these ahadith are Sahi and Hasan, indicating that this night is for prayer and worship.

Therefore, one should engage in good deeds and take care of the poor and needy around. Spend the night begging Allah for forgiveness, glorifying his attributes, and thanking him for all the bounties. Pray for the deceased ones for their well-being as they lay in their graves. Shaban is a great way to prepare for Ramadan. Make it a habit of reciting the Holy Quran during this month. Try to act upon its teachings to attain Allah’s goodwill and pleasure.