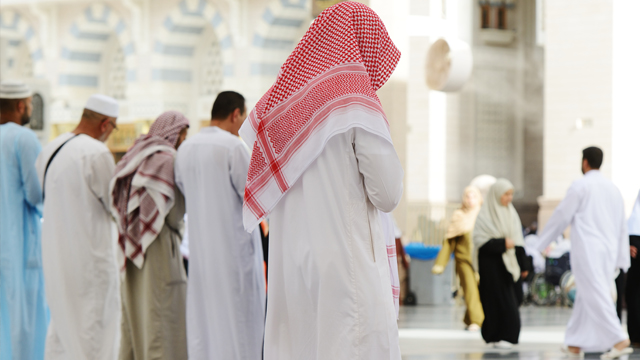 Friday is the most important day for Muslims. It is more beneficial and significant than any other day of the week. The day Muslims gather and assemble to pray in congregation. Just before the prayer they listen to the Friday sermon intended to engage and empower them with valuable knowledge about Allah ﷻ and Islam. This speech matches the status of the prayers offered at two Eids that is why Friday is Islam is also considered as a mini-Eid of Muslims. It is an important and blessed day that has been designated such virtues that no other day has been.

Due to such high status of Friday, Muslims are given opportunities to gain a lot of blessings from Allah ﷻ. Moreover, it also necessitates us to observe some obligations to pay the required homage to this sacred day. Some of the essential things to do, Sunnah acts on Friday in Islam are as follows:

“I heard the Allah’s Apostle ﷺ said; “When one of you wants to come to pray Jummah, he must perform ghusl.” –Muslim

It shows the superiority of Friday in islam when Muslims are advised to carry out Ghusl beside regular ablution.

Since this day is unlike any regular day of the week, Muslims are encouraged to observe complete cleanliness in addition to washing the entire body with a pleasant personal look. Our beloved Prophet Muhammad ﷺ said:

“Taking bath on Friday in Islam is compulsory for every adult Muslim; and also cleaning of teeth with miswaak and using perfume, if available.” –Bukhari

Muslims are advised to walk towards Mosque to attain blessings on one step and forgiveness on another. Hazrat Abu Hurairah reported Prophet Muhammad ﷺ said:

“He who purifies himself (do ablution) in his house, and then walks to one of Allah’s houses (mosque) for performing an obligatory salah, each step taken in this walk will wipe out his sins and the other will elevate his rank (in Jannah).” –Muslim

This is another great deed that has a huge reward on its doer.

“The angels stand at the entrance of the mosque in which Jummah prayer is to be offered. They write the name of the person, who enters the mosque first, then subsequently write the names of person who follows and continue doing this. The reward for the person who entered first would be equal to that of sacrificing a camel for Allah, the ones who followed will get the rewards of sacrificing a cow, afterwards will get of that of a chicken, and then an egg given as charity for Allah’s sake.” –Bukhari

5. Sitting near Imam at the time of Sermon

Sitting near Imam give significant benefits as angels too listen to the sermon carefully.

“Since when the Imam arrives to deliver the sermon (Khutbah), the angels come to listen to the dhikr.” –Bukhari

Muslims are advised to abstain from any worldly conversation with another person. Even saying “keep quiet” is not allowed during the sermon. Listening to khutbah attentively and vigilantly is required from believers.

“Whoever talks to his friend during the sermon on Friday even saying “keep quiet” is also taken as absurdity.” –Muslim and Bukhari

Sending lots of blessings in the form of Darood on Prophet Muhammad ﷺ is another rewarding deed.

“Recite Durood upon me in abundance on the day of Jummah prayer’ as they are presented to me.” –Ibn Majah

“Whoever recites Surah al- Kahf on the night of Friday, will have the luminous glow that’ll stretch between him and the House of Allah (the Kaba).” –Al Daarimi

9. Lots and lots of Supplications

A believer must supplicate to Allah ﷻ constantly throughout the day for His mercy. Specifically, between Jummah prayer to Maghrib Prayer, as there is an hour of decree hidden during these hours of Friday.

“On this day, there is a time when a Muslim stands and prays, asking Allah ﷻ for something, Allah will grant him.”-and he gestured with his hands to indicate how short that time is. –Bukari: 893