Holiest Cities and its Messages

If we get ourselves dip into the translation of Quran so there are many holiest cities mentioned directly and indirectly which can refer to be Holy and Godlike. Holy Land stretched from Egypt to Asia and nowhere on earth is more blessed than Middle East segment also known as ‘Holy Land’ with the main monotheistic faiths believes. Much blood has been spit on its ground in the history. This can be considered as one of the oldest civilizations.

It is a place of perpetual tension between Jew and Arab, and a place of extreme contrast in the landscape. Pilgrims have been visiting here since ancient times by the guidance of the Bible.

Extensions to these, there are other several holiest cities which are acknowledged as sublime to Islam. 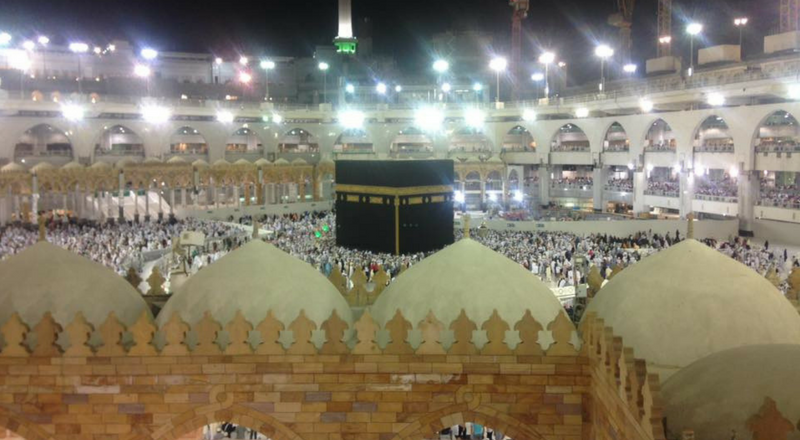 Makkah is already known as the home of Allah labeled as Holy Ka’bah and Al-Masjid-Al-Haram. Only Muslims are allowed to enter ‘The Place of Prostration’. Makkah is important for the Hajj which includes Arafah, Mina and Muzdalifah. It is mentioned in Quran by the name of Bakka.

“And it is He who withheld their hands from you and your hands from them within [the area of] Makkah after He caused you to overcome them. And ever is Allah of what you do, seeing.”

Muslims are ordered to at least once perform Hajj if they are financially capable of expense and that is why it is one of the largest annual Muslim gatherings of the world. 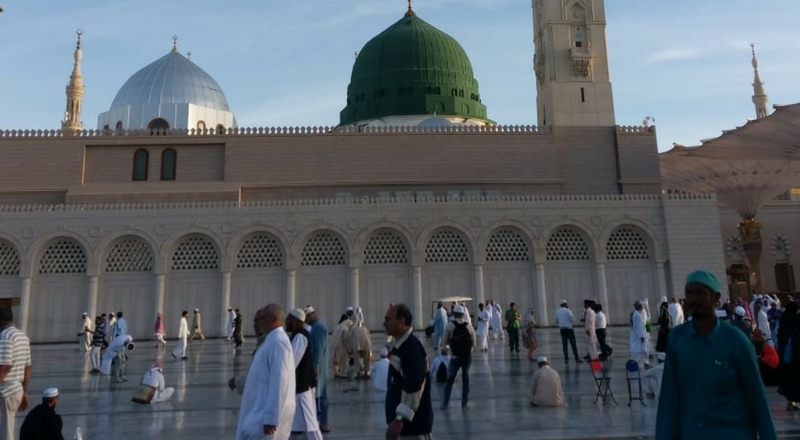 Madinah is forecasted as a second holiest site in the world for the origin of Masjid-an-Nabwi (The Mosque of Prophet. The two terms (Qarya) and (Madinah) is used to designate the Madinah city. Dar used as a third term generally means “abode,” is usually used with a qualifier to designate the House of God or the Hereafter, but at least once (59:9) it appears to indicate Yathrib at the time of the Hijra.  Madinah in accordance to its meaningful connection appeared 17 times being accepted as the center of most religiously and politically structured social life. The most beautiful feature of the mosque is its green dome (The Dome of Prophet). Abu Bakr and Umar (R.A) are also buried beside Muhammad (S.A.W.S). The city of Madinah almost possesses 29 names.

Among the Al-Bukhari narration of Hadith:

“Madinah is a sanctuary from the ‘Aer mountain to such and such a place, and whoever innovates in it a heresy or commits a sin, or gives shelter to such an innovator or sinner in it, will incur the curse of Allah, the angels, and all the people, none of his compulsory or optional good deeds of worship will be accepted.” 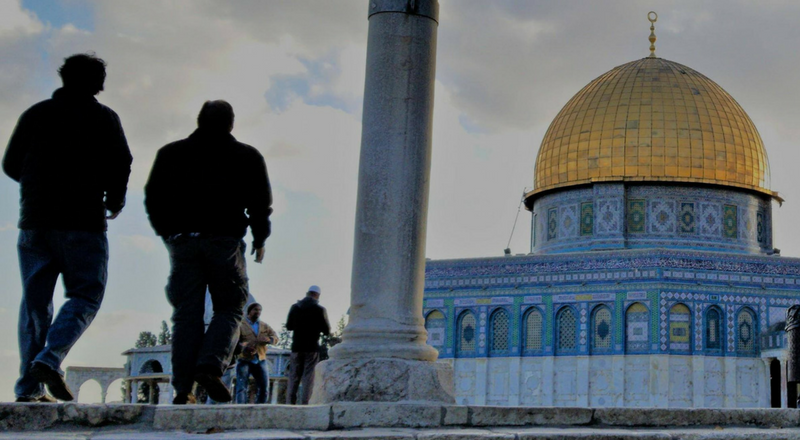 Jerusalem: The Holiest Cities of the Holy

The most implausible carrying the spirit of spiritual significance in Judaism, Christianity, and roots of Islam has more than 100 churches, 70 mosques, and a thousand synagogues.

How many times is it mentioned?

The city of Jerusalem is not clearly mentioned by its name but the ‘Al-Aqsa mosque’ is stated in the Quran. One of the verses in which Allah says,

“Exalted is He who took His Servant by night from al-Masjid al-Haraam to al-Masjid al-Aqsa, whose surroundings we have blessed, to show him of our signs. Indeed, He is the Hearing, the seeing.} [Quran 17:1]

It has been a symbol of discord over centuries, is the disputed capital of Israel. The colors, smell, tastes, and sounds of the city are something that cannot easily slip from memory, as it was right here that almost all of the main prophets were born and died, resurrected and ascended skywards and has been the most religiously productive city.

Known as the Temple Mount is the holy site in Shia and Sunni Islam is located in the old city of Jerusalem. It embraces Al-Aqsa mosque is regarded as the holiest city in the world by Judaism.

The Jerusalem city also became sacred for Christians because of the intense execution of Christ. This farthest mosque was built on the site from which the Prophet Muhammad mounted to Heaven, precisely on the site of the Temple Mount. Throughout the city’s administration has changed hands as many as 44 times.

According to Hadith traditions revealed in a Quranic commentary, Jerusalem was the second sacred city created by God, and it was created forty years after Makkah.