Woman has bestowed a very honorable and respected place in Islam. She is an obedient daughter, a polite wife, a kind mother and a loving sister in this religion. Our religion recognizes and dignifies the status of women in Islam, which is not found anywhere in the world. 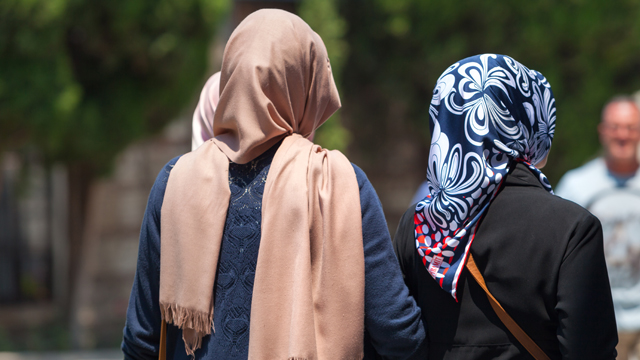 Women are the reason of all the beauty and charm of this world. She is half of the humanity. Allah the Almighty has dowered this specie with some incredible qualities such as affection, fondness, emotions and graceful elegance. People may argue that Muslim women are inferior, oppressed and unequal to men in Islam, however,Islam has granted her way more rights and protection to as compared to men.  It has raised their stature and made them privileged and esteemed at the time when female children were buried alive. Islam came as a savior and gave her all the rights of education, work, the owner of property, and civic and political participation.

We will discuss some powerful roles of women rights in Islam now:

Women have a distinguishable place in an Islamic society. She enjoys equal rights to those of men, but not the same. Men and women have created equals but not identical. West would argue that Muslim Woman is inferior as her rights are not equal to man,yet this uniqueness and distinction is a proof that she is not a duplicate of men. Thus she has a special role and independent personality in Islam. The Quran addresses this issue in the following verse:

The woman was inferior to animals before the dawn of Islam as they were buried alive at the time of birth. When Islam has revealed upon beloved Prophet Muhammad ﷺ1400 years ago it gave females all the basic human rights. Being an equal partner in the creation of mankind, they have equal shares in all aspects and were given equal rights and equal responsibilities. Quran has a chapter entitled as “Woman” in which Allah ﷻ says,

Muslim women in Islam enjoys all the freedom of choice and expression. Islam recognizes her individuality by granting her right to education and vote, right to choose best life partner according to Islam, significant most among other civil rights. In the time of Prophet Muhammad ﷺ and even after him, women were encouraged to ask questions directly to beloved Prophet PBUH and other Muslim leaders and caliphs of that time. There is one famous incident in which a woman account Hazrat Umar RA and corrected him.

A Muslim woman assures financial and economic security. She receives marital gifts in the form of ‘Haq Mehr ‘and is the owner of the property from her father’s side too. She is not obliged to spend even a penny on her household. All responsibilities fall on the shoulders of men. Even in the waiting period (iddah) after divorce, her ex-husband is required to provide her all the expenses. Whether she earns or not, all through her life a woman is supported by her father, husband, son, and brother or some other male relative.