The blessed city of Makkah is the holiest place for Muslims. Pious Muslims dream of visiting the holy city of Makkah and performing the religious obligation. If you have experience of visiting Kaabah with the intention of performing Umrah or Hajj you have definitely observed the Black stone which is present at the eastern corner of Kaabah. This black stone is called Hajrah al-Aswad and it has great historical importance. Pilgrims during Umrah and Hajj stops at this point to kiss this blessed stone. Initially, it was a single piece of rock and now it is in the form of fragmented pieces. The pilgrims follow the prophetic tradition of touching the black stone to expiate their sins.

The Tawaaf of the pilgrims begins and ends at this sacred stone. Throughout the year, pilgrims visit Baitullah and get an honor of touching this sacred black stone which was touched by Prophet Muhammad (SAW), Sahabah and millions of pious Muslims. This blessed stone came down from the paradise and was presented to Prophet Ibrahim. He was ordered to place it on the corner of Kaabah. According to a Hadith of Tirmidhi, when the Black stone was sent to earth from heaven it was whiter than milk. The sins of Muslims turned this blessed stone into black color. Whatever you want to ask from Allah while standing at this stone will be given to you during Hajj or Umrah. So it’s a blessing from Allah the merciful. 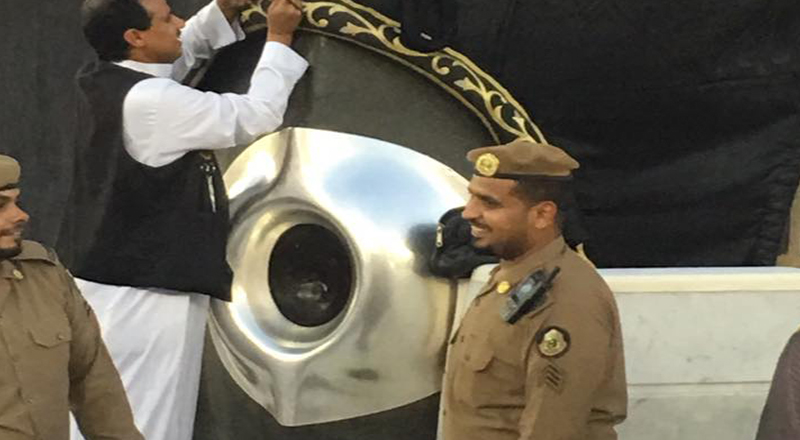 In another Hadith, it is mentioned, that The Black stone will give the evidence of the pilgrims who have kissed this stone on the Day of Judgment. If we go through the history of this blessed stone, we will get to know that Quraysh demolished the Holy Kaabah to reconstruct it. When Kaabah reached the level of this stone the argument was broken out on the issue of eligibility of tribes to move this stone to its original place. The tribes have decided to fight each other. This war was stopped by Prophet Muhammad (SAW) as he demonstrated wisdom and placed this blessed stone at its original place.

The black stone was originally in one piece, but after certain events, it was observed in the form of fragments. The nature of black stone was debated for many years. The non-Muslims associate odd theories with the concept of kissing of this stone as a Prophetic Sunnah. The Tawaaf is a significant step of Hajj and Umrah and stopping in front of Kaabah completes this Rukn.