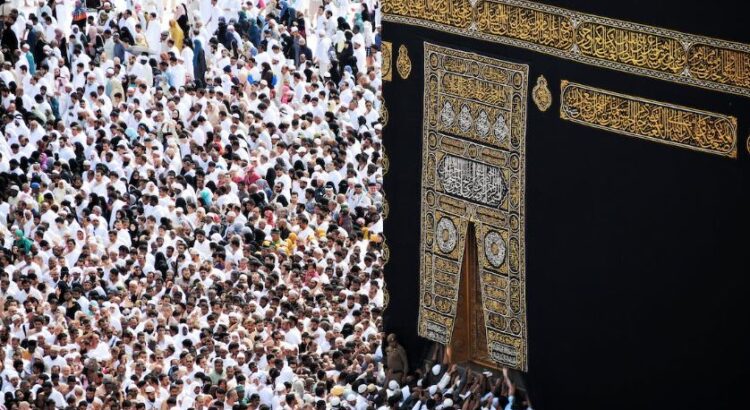 Saudi Arabia has revoked the centuries long-ruling about women performing Hajj. Now women perform Hajj or Umrah without a Mahram. The Saudi Arabian authorities announced this in October 2022. With this news, the Saudi Minister for Hajj and Umrah Dr. Tawfiq Al-Rabiah ended the looming controversy around the Muslims, whether women should perform pilgrimage without a Mahram or not. The Hajj and Umrah Services Adviser Ahmed Saleh Halabi affirmed that now Muslim women can perform Umrah or Hajj, on the condition that they are under the protection of trustworthy women or a Hajj operating company. The decision was made in the light of a fatwa obtained from Abbas Shoman, Al-Azhar Al-Sharif in Egypt. This applies not just to Saudi Arabian women but to all Muslim women aspiring to perform Hajj or Umrah from anywhere across the world.

Why do Muslim women perform Hajj or Umrah with Mahram?

A Mahram is a male blood relative whom she cannot marry, such as a brother, son, maternal or paternal uncle, father, or grandfather. Apart from these blood relatives, the husband is also a Mahram.

The Holy Prophet Muhammad (PBUH) forbade women to perform Hajj without a male guardian to protect them and look after them during strenuous worship. The idea is to facilitate women performing worship without anyone bothering and causing difficulties for them.

Views of different scholars regarding why Muslim women perform Hajj with Mahram: –

Scholars from different sects hold different interpretations and views about the sunnah of Prophet Muhammad (PBUH) when it comes to Muslim women performing Hajj with Mahram.

Hanafi scholars maintain that women must perform pilgrimage alongside their Mahram. Whereas, the Shafi, Hanbali, and Maliki scholars support the premise that women can perform pilgrimage as in the case of the women group Umrah where their protection and safety are ensured. Many companies organize an exclusive Hajj tour for women where they get world-class services and exclusive protection.

When the Saudi government announced this breakthrough development, Muslim women all around the world accepted the felicitation with great joy. It was a huge relief for the socially deprived women who experience difficulty in finding a suitable Mahram. Also, the financial cost of the pilgrimage makes it difficult for poor and needy women to perform the pilgrimage as they need to finance the tour of an additional person.

This step is under the Saudi vision 20230, which is to bring long-term socio-economic development to the region, especially for women. To ensure that the authorities are within the bounds of Shariah, important measures are on the roll to reinforce the safety of women. Women will get foolproof protection at all transportation channels, be it the metro, bus, airports, or anywhere at all. The latest infrastructure for effective surveillance to enforce an anti-harassment system is underway to provide a secure environment for women. The surveillance cameras will scrutinize all the vital areas such as Haram, Masjid-e-Nabawi, and others to catch any misconduct with women. The country vows to play its role to provide a secure environment where women perform Hajj safely.

Another reason why women performing Hajj without Mahram is allowed in today’s world is because of how technology has revolutionized travel. Contrary to yesteryears, people can travel safely from one corner of the world to another within a few hours. in light of such reasoning, a decision was made to facilitate women.

Ever since the Saudi Arabian government made the historic announcement, many Hajj and Umrah tour operators began to devise packages exclusively for women. The idea is to facilitate single women who aspire to perform Hajj and Umrah, by making them a part of a group. Traveling alone could be intimidating, especially for women who are traveling for the first time. They need guidance and support at many points, starting from their arrival at the airport to their exit. In case they forget or misplace any important document, they may land in a grave situation, as bad as immediate deportation. Therefore, it is always good to travel in groups of women to perform Hajj.

Hajj is one of the most devoting and life-changing worships. It is a complete submission of oneself to the will of Allah. Spending so much money on the trip, no one would want to engage in worries and stress about tour management. When women perform Hajj in groups, they do not have to worry about matters such as visas, accommodation, inter-city transfers, etc. The tour operators take care of all such matters.

Performing Hajj in such groups can also be a life-changing experience as you get to interact with women from different countries and backgrounds. You get to hear about their experiences and journeys. Some may have enlightening religious journeys. Sometimes you learn great lessons for life from other people’s struggles. Such inspiring stories render invaluable enrichment to the soul.

Moreover, it is very beneficial to connect with righteous women with whom you feel not just physically safe but spiritually as well. Keeping good company avoids the temptation of evil and wrongdoings.

When women perform Hajj together, it creates an unparalleled positive energy. Nothing is better than women supporting each other. During Hajj or Umrah, you might come across a situation when you feel stranded. A sudden illness, losing valuables such as money or any other asset, or some unexpected bad news may deter you from staying strong. Being with a supportive and helpful group of women can pull you out of your misery. They can help you gather the strength to endure the loss and cope with the situation.