Divorce is the most disliked, but allowed conduct in Islam. Islam considers divorce as abhorrent and reprehensible, yet it is permitted in Islam as the last resort if the marriage does not seem to be working. The institution of marriage in Islam is a very sacred and blessed one in which the couple is expected to live with each other in love, peace and sincerity. Together the couple is expected to fulfill their duties towards each other and their children. Unfortunately, if this does not happen and the couple does not wish to live together anymore they can resort to divorce.

If a marriage is on the verge of breaking, the couple should try to evaluate their own conduct, mistakes and shortcomings. Both should question themselves where have they gone wrong. Best is to think and remember of the times when their spouse had supported them, helped them and showed love and care. They should think of the qualities of each other. If this does not work out, they can involve an arbitrator. The arbitrator can be a relative or a close friend with whom they can confide. A person who saves a marriage from breaking is highly rewarded by Allah for it is not only the couple who is affected by the divorce. Children, parents and families of the couple as a whole are affected by the divorce. If, however, things do not work out even in the presence of the arbitrator and there is no option left other than divorce so in Islam there is a procedure for it. 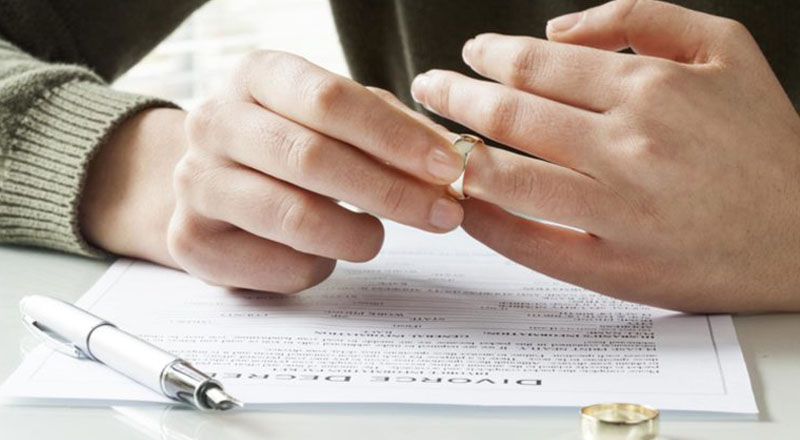 If it is initiated by the husband it is called talaq. It should be pronounced only once. It can be written or oral. When the husband initiates the divorce the wife has the right to keep mahr given to her by the husband. The wife then has to observe a three month waiting period called iddat. During this time the couple is supposed to live under a single roof, in separate rooms though. The purpose of this period is to give a chance to the couple to reconcile and solve the differences. If during this time period the couple resolves their issues they would be able to resume their marriage without the need of a new marriage contract. If, however, the period of iddat expired the divorce deed shall be finalized and be counted as a single divorce. If at a later stage the couple realizes that they want to be together again, they could start living together, but that would require a new marriage contract and a new mahar. They have two chances to remarry the same spouse. After the third divorce has been pronounced, the couple cannot remarry.