With the advent of Islam, things began to change all around the world in general and in Arabia, particularly about the rights and privileges of Muslim women. Islam recognized women as an equal member of society and gave them their due regard and respect. They were assigned roles related to their stature and found their lost status back. The greatest instant of rising of women happened when Allah SWT addresses both women and men alike in a following verse related to giving commandments:

The Signified Role of Muslim Women

Role model Women in modern society are great mothers, caring wives, obedient daughters and equal sisters. Here is a brief overview of different role and reverence that them enjoy: 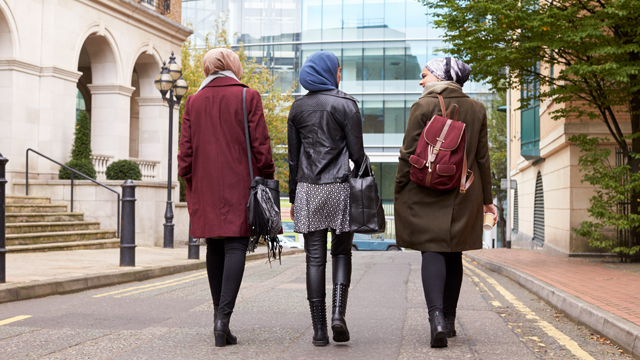 The first and most reverend role that Islam relates and appoints with them in social relations is of the mother. Islam holds extraordinary regard for mother and commends the adherents to respect their mother the most. She has to go through a lot of hardships and pain starting from birth up till bringing up a child to its adult age. Modern society calls for other obligations of mothers in the form of job and professional work. It has made matters more difficult for them when they have to look after their house and also fulfill professional responsibilities.

Islam guarantees that them enjoy protection, care and respect both as a sister and a daughter. Male and female child are equivalent and parents bare same responsibilities for taking care and providing education. Similarly, in a sister-brother relationship, siblings are ordered to respect and treat each other kindly.  The parents fulfill the rights of both male and female children in urban areas while some people in the village still deprive girls of their basic education right.

Islam is the only religion that introduced the rights of them as wives and considers their say in filial matters. Wives are mentioned in the Quran as:

We can deduce from the above verse that wives are not just an object to please men rather Islam commands both men and Muslim women to live in tranquility with each other in a loving relationship. In modern society wives also maintain their professional careers other than taking care of home and kids. Many ladies are CEOs and GMs of multinational companies and also fulfill the obligations of their husbands and children at home.

Islam protects the civil liberties of Muslim ladies. It is imperative that she comprehends the rights and perform obligations in the light of these rights. She should play all roles with utmost commitment and dedication.  The modern society has put double responsibilities on the shoulders of them, and they are fulfilling the obligations efficiently.