Laylat al-Qadr rendered as Shab-e-Qadr has other colorful names to value the term from different perspectives. We usually hear this name when Ramadan is near, unlike other months.

Says Allah in Sura al­ Baqarah: “The month of Ramadan, that in which the Qur’an was sent down; guidance for mankind, and clear signs of guidance and distinction” (2:185).

It is then how clear we’re aware of what this single night has immense importance and is considered as the holiest night for Muslims happens on the 27th day of Ramadan.

The night of Ramadan in which the first verses of Quran were revealed to Prophet Muhammad is labeled as the ‘Night of Decree’, ‘Night of Power, ‘Night of Value’, ‘Night of Destiny’ and not least ‘Night of Measures’ but commonly celebrated officially as the Quranic Holy name ‘Laylat al-Qadr.

On this blissful night, the mercy of God is bountiful, sins are forgiven, prayers are accepted and then the annual decree is revealed to the angels who also descent to earth.

The Quran Says in Surat Al-Qadr about Laylat al-Qadr:

“We have indeed revealed this (Message) in the Night of Power:

And what will explain to thee what the night of power is?

The Night of Power is better than a thousand months.

Therein come down the angels and the Spirit by Allah’s permission, on every errand:

Peace. This until the rise of morn!”

It’s to put faith in Islamic belief that the night’s holiness has that much power to make prayers answered and it’s a spiritual important time for worshippers and most of them participate in a saintly retreat called ‘Itikaf’. 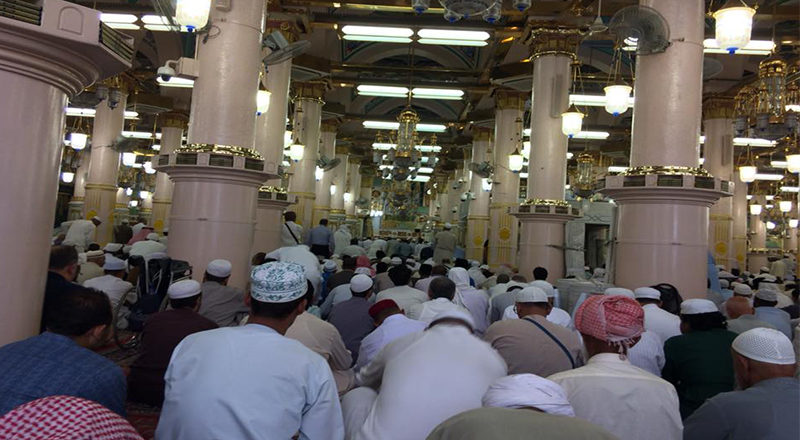 “Indeed, we sent the Qur’an down during the Night of Decree. And what can make you know what the ‘Night of Decree’ is? The Night of Decree is better than a thousand months. The angels and the Spirit descend therein by permission of their Lord for every matter. Peace it is until the emergence of dawn.”[Quran 97:1-5]

If we calculate so ‘One thousand months’ harmonize to the period of eighty-three years and four months. The Messenger of Allah (P.B.U.H) told his companions that someone from the sons of Israel had fought for Allah with his weapons for one thousand months and four people from the sons worshipped Allah for eighty years without committing sins. Then, the Holy Chapter of Qadr was sent down.

Jibril came and said, “O Muhammad! Your umma was surprised by the worshipping of eighty years of those people. Allah sent you something better than it” and read the Chapter of Qadr. He said, “It is better than you and your umma’s astonishment.”(1)

The essence of ‘The Night of Power’

The ‘Night of Power’ in Quran means ‘the Night of Judgment’. The word ‘Qadr’ surrounds the meaning of ‘pressure’ as so many angels on this night come down and the world becomes a very small place for them.

In order to profit from the ‘Night of Power’, believers spend the night in worshipping because thirty thousand rewards are given for one of the letter of Quran in return so people perform prayers to increase abundance, read Quran with interpretation, mention the names of Allah and offer Sadaqah to the poor to illuminate the short time with all possible opportunities.

In Hadith, about the benefit of Laylat al-Qadr (The Night of Power),

“All of the previous sins of a person who stays awake and worship on the Night of Power by expecting the reward only from Allah are forgiven.”

Some believe that the Holy Quran was revealed to Prophet Muhammad two times as the initial first time happened on Laylat al-Qadr and the whole gradual revelation took across 23 years.

What to do on ‘The Night of Power’?

Here are some tips for the night of Layla al-Qadr, you can do to not neglect any supplication.

Why not take a spiritual vacation for the last 10 days of Ramadan and just focus on worshipping of your Creator.

Try to spend the last ten days and nights of Ramadan in ‘I’tikaaf by doing extra Salat, reciting more Quran and participating in various ‘Zikr’ in the masjid.

“O Allah! You are indeed Most Forgiving, so forgive me.” (Hadith-Recorded by     Ahmad, Ibn Majah, and at-Tirmithi)

On this night, try to recite more Quran and make yourself reflect on the meaning of the verses used in Salah.

Read as many ‘Nawafil’, ‘Tahajjud Salaah’ and ‘Salatul Tasbih’.

Wake up an hour before Suhoor to ask for any and everything Halal. Recite Duas of Sunnah with sincerity and conviction. Spend lots of time begging from Allah in long duas.

Hence, you can prepare a checklist for Laylat al-Qadr (The Night of Power) to make the night productive that is better than a thousand months.