What is the main purpose of the Hajj?

During the Hajj the Hajis do acts of worship and they restart their sense of purpose in the world. Makkah is a home that is blessed to all Muslims. It is so sacred that no non-Muslim is permitted to enter. For getting spiritually charged up, it is important for all the Muslims to know about Hajj facts as it will motivate them to plan to embark on the spiritual journey of Hajj.

Some of the Hajj facts are stated below: 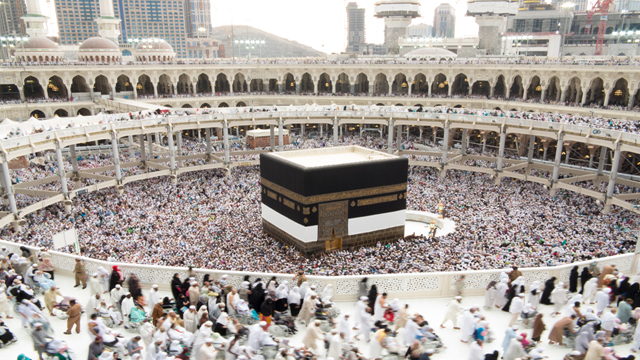 “And proclaim the Pilgrimage among men. They will come to thee on foot and (mounted) on every kind of camel, lean on account of journeys through deep and distant mountain highways…” (Al Quran 22:27)

Looking at the current Hajj facts and figures one might fear that with all the provided ease and facilities, the experience of Hajj today has become less spiritual. Undoubtedly, pilgrims today are deprived of the soul enriching experience which hardships and the level of required efforts used to bring pilgrims in the past. But it is a known fact that regardless of who travels for Hajj from where and when, find the experience to be out of this worlds. They fall short of words to describe their experience and want to visit Makkah again and again. Regardless of the Hajj facts and figures, no matter how much advancement is made, the bond and brotherhood among the pilgrims have remained the same throughout history. There is no other place on this earth where one can find millions of people with different language, race, color, gender, culture, yet united when it comes to faith and purpose. Throughout the Hajj journey these pilgrims demonstrate complete goodwill, discipline, generosity and brotherhood ensuring unique experience.