The religion of Islam is all about human welfare. Allah ﷻ loves mankind and wants us to stay safe from evil in all corners of life and so forbids certain things. Pork is strictly prohibited in Islam. In the Holy Quran, Allah has clearly ordered to all the believers to stay away from pork and revealed its exclusion of Muslims.

“Prohibited to you (to eat as food) are: dead animal’s meat, blood, flesh of swine, and all that on which the name is invoked other than Allah ﷻ” –Al Quran 5:3

In western countries, Muslims are often questioned on not taking pork, sometimes ridiculed on this issue. However, science has come forward with the research and studies revealing the pernicious effects of pork intake. Here are any hazardous effects of pork for your review. 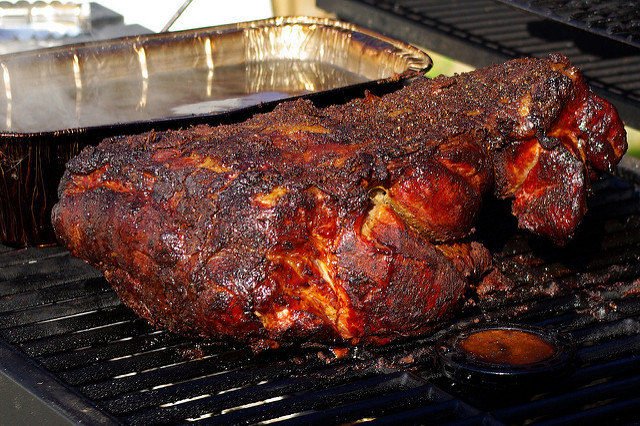 Pigs are simply garbage guts. They can eat anything including dirt, decaying animal flesh, urine, confetti, rotten vegetables and even the cancerous growths of other pigs or animals. This factor invigorates the pork to absorb toxins like a sponge. It is also the reason why this is 30 times more toxic than beef.

Unlike pork, other venison takes approx 8 to 9 hours to digest. The slower digestion ratio tends to help liver and it filters out the toxins from the meat without being overburdened. On the other hand, it takes only 4 hours to get digested in human system, leaving more toxins into the body that the liver couldn’t filter. Not only that, the fat ratio in pork is also twice as higher than beef.

No perspiration in pigs

Mammals sweat or perspire through which toxins are removed from the body. Unlike others, pigs don’t perspire and the thus the toxins remain in its body and ultimately in its meat.

Not even strychnine can kill pigs and swine. Other poisonous species have venom in only a certain part of their body. But pigs develop anti-poisonous behavior due to their immunity developed by eating garbage and toxic composts. Pig farmers, mostly kept this dirty animal near rattlesnakes’ hideouts. They eat snakes and if bitten, they don’t get harmed from the venom.

Nothing but a Maggot’s nest

Pork is more prone to catch worms and insects than any other animal’s flesh. The butchers have to process this meat more quickly or it will be full of worms in no time. Still, this meat is contaminated with dozens of parasites such as flukes, trichinae and tapeworms. There is no proof of a safe cooking temperature that ensures the pork is free of all parasites, their eggs, and cysts.

Major cause of Trichinosis disease

The trichina worm is a microscopic parasite that is found in pork meat. On ingestion, it can lodge itself in the human’s intestines, muscles, spinal cord or even the brain, causing the trichinosis disease. This is a complex disease with minimal symptoms and more often mistaken for other diseases.

In a nutshell, pork intake comes with no health benefits but only hazards. A meat that is higher in toxins, parasites and poisonous can only cause diseases. There is always a solid reason behind every order of God. Therefore, the prohibition of pork is more than beneficial for humans.