Allah SWT sent numerous prophets with scriptures on this earth to spread His word on this planet. The first Prophet is Hazrat Adam AS and the last being Prophet Muhammad PBUH. All the Prophets are given the responsibility to spread the message of Allah among the human and guide them about the very reason for their existence. But the question arises that what was the creed described by these prophets and was Islam present before our beloved Prophet Muhammad PBUH?

Islam is a unique word that can be explained as a noun and also as a verb. It helps us understand that Islam was present at the time of Prophet Adam AS. So who ever accepted the religion given to them by the prophet of their time are called Muslims. The religions were named differently so that every group of people and their prophets can distinguish themselves from other religion which is understandable. 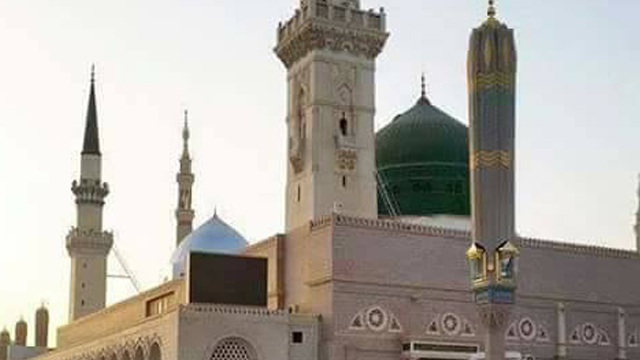 Every Prophet Presented Islam to People

Islam is a way of life that was prescribed by all the prophets starting from Hazrat Adam AS to our beloved Prophet Muhammad PBUH. The prophets called their people to submit to Allah SWT according to His will and do not practice the free choice given to them in disobedience to Allah the Almighty. This is the crux of Islam, and every Prophet followed Islam. In Quran, we have many pieces of evidence that prove this idea. In Surah Yunus verse 71-72 Allah SWT said:

Recite to them the story of Nuh. When he said to his people, ‘O my people! If my standing up and reminding the sighs of Allah has offended you, then I relied on Allah only. Then do your work untidily. And complete your work with your false deities, so that nothing may be obscure to you in your work, then do against me what you can and respite me not.

Then if you turn your face, then I ask not any wage from you. My wage only with Allah, and I have been ordered to be of Muslims.

Islam is the religion of Allah Almighty

Islam is from Allah SWT who is the Sustainer and the Creator of everything that exists. Only Allah SWT alone can direct and command His creation. Only Allah SWT can decree the good and bad and He alone can show the right path to everyone in every aspect of life. The one who gave us life is to decide the right and the wrong for His creations starting from the birth until death.  This is the ultimate message of every creed before Islam which has also been taught to us by our religion Islam. Allah SWT commands us in Surah Al-Baqarah Verse 130-132:

And who will turn his face from the religion of Ibrahim, save one who is a foolish in heart, and undoubtedly, We necessaily, chose him in the world and surely he is among the people having ability to gain Our special proximity in the hereafter.

When his lord said to hi, “Surrender”, submitted he, I surrendered to Him, Who is the Lord of all the world”.

And Ibrahim left the legacy of the same religion to his sons and Yaqoob too; that ‘O my sons, surely Allah has chosen this religion for you, therefore die not, but as Muslim.

Allah SWT does not accept anything other than Islam. We infer form above discussion that Islam means to obey Allah Almighty at any time by following His commands at that era. His initial command was to offer prayer facing the Rock in Jerusalem, and then he commanded to face Holy Kaabah. These actions come under the religion of Islam as religion is worship and obedience. Similarly, the religion of all prophets in Islam is one, yet their laws are varied.