Allah the Almighty has favored some months to others, some days to others and some nights to others. He ﷻ has chosen particular times in years to be seasons of worship and virtuous deeds. In the blessed moments of these days, the reward for righteous deeds is increased and sins are excused. One of these sanctified times is the Day of Arafah which is the 9th of Dhaal-Hijjah.

Being the second day of the hajj pilgrimage, where the pilgrims walk from Mina to Mount Arafah and its plain with the dawn; there is not a solitary day that the sun ascends on, more beloved to Allah ﷻ than the day of Arafah.

Likewise, this is the day on which Allah ﷻ completed His religion and culminated His favor. It was on this day that Prophet Muhammad ﷺ was standing on Arafah Mountain while performing his pilgrimage when Allah revealed the beautiful verse:

“This day, I have perfected the religion for you and fulfilled my favor upon you and have chosen Islam as your religion”. (Al-Maidah: 3)

Why is Arafah important?

The term Mount Arafah is in some cases put on this whole location. It is an essential place in Islam because, during the Hajj, pilgrims spend the mid-day there on the 9th day of Dhul Hijjah. Failure to be present in the plain of Arafat on a required day invalidates the trip.

While the pilgrims perform Hajj rituals on the day of Arafah, those who couldn’t make it to perform hajj this year can also offer special prayers as declared in sahih ahadith. Here are some merits of the day of Arafah.

Recite a lot of Talbiyah while leaving for Mina and continue to do so till the day of Eid. Say as: 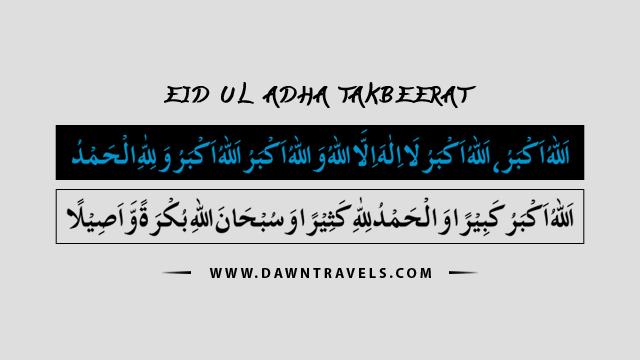 This is the day when tears are shed readily and repentance is made to seek forgiveness of Allah ﷻ. Supplicate earnestly and devotedly to the Lord of Heavens. Narrated by Ahmad: 7/224, our beloved Prophet Muhammad ﷺ narrated:

“There are days in which good deeds are more beloved to Allah, the first ten days of Zilhijah, so recite takbeer, tehleel and tahmeed as much as you can.”

This is the paramount day for dua! This is the perfect day to have your duas accepted because Allah ﷻ rejects no prayers on this day. Prophet Muhammad ﷺ said:

“The supplication made on the day of Arafah is the best”. Al-Tirmidhi

Ask Allah ﷻ for all you have in your heart; ask him for everything!

Do not forget he is The Generous and The Capable who merely says “Be!” and it shall be.

Why do we fast on the day of Arafah?

Fasting is recommended on the day of Arafah for Muslims all over the world. Prophet Muhammad ﷺ prohibited pilgrims of fasting on the Arafah Day so if a person is on Hajj there is no fast for him. This is without a doubt blessing for Hajjis because of the hardship of pilgrimage.

“Fasting on the Day of Arafah absolves the sins for two years: the previous year and the coming year, and fasting on Ashura, (the tenth day of Muharram) atones for the sins of Previous years.”

Reported by all except Al-Bukhari and At-Tirmidhi

Arafah Day is a blessing and means of forgiveness. Shaytan feels belittle and humiliated because of the mercy of Allah ﷻ that descends on this day. He ﷻ forgives people from all major sins. He ﷻ is proud of His slaves on earth. Allah ﷻ descends to the nearest heaven and declares to those in Heaven:

“Look at my servants, they have come”.

This day has high value in terms of sacredness, therefore observing nawafil and supplicating more with takbeerat could help us retrieve the benefits of it to the utmost. May Allah ﷻ favor us to take the best advantage of Arafah Day and enable us to worship Him in the best possible manner. Ameen