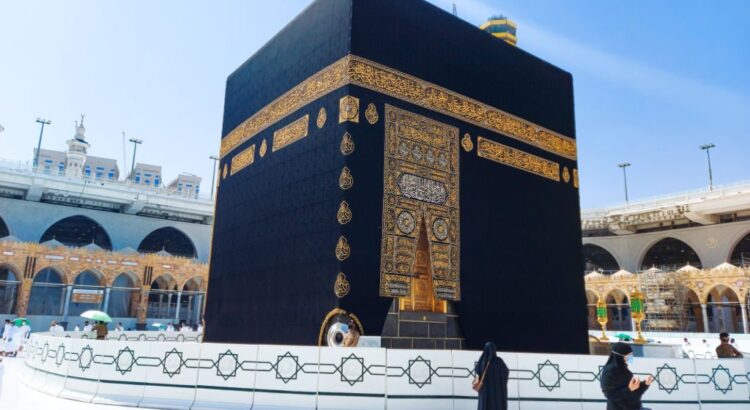 Hajj is one of the five pillars of Islam, and it is the performance of the annual pilgrimage around the Holy Kabah in the month of Dhul Hijjah. Every year hundreds of Muslim men and women perform Hajj to attain Allah’s goodwill and mercy. One of the biggest concerns for women is what to wear during Hajj. The garb should be such that it abides by the Hajj requirements while giving comfort and strength to bear the heat of Makkah. The best Hajj travel agency shall help you with a comprehensive guidelines program for the do’s and dont’s of apparel for women.

Here are some of the most important notes for women on what they wear during hajj when planning.

Ihram is not just the clothes that Muslims wear during Hajj. It is a state of the utmost purity and sanctity. The pilgrim must embrace Ihram before entering the Hajj boundary, known as Meeqat. The rules of Ihram for women are not as rigid as those for men. Women can wear any neat and clean clothes that cover them sufficiently, and women must cover their entire bodies apart from covering their face and hands. There are no restrictions on the colour of clothes that a woman can wear in Ihram. However, wearing colourful, flashy, or tight-fitting clothes in Ihram is prohibited. The idea is to wear plain and simple clothing that does not attract anyone.
Similarly, wearing jewellery in the state of Ihram is prohibited. Generally, women prefer to wear an abaya, either white or black. Light texture clothes beneath a loose-fitting abaya are great for women to wear during Hajj. However, the material of the abaya should not be see-through while being breathable enough. It is good to keep clothes that are easy to wash and comfortable enough to wear in the scorching heat of Makkah. Since time is scarce, it is ideal for keeping three sets of Ihram to wear during Hajj.

Clothes get dirty and sweaty while performing Hajj. Also, there is a chance that the abaya you wear during Hajj may get torn or damaged. Hence an extra set should always be there to avoid any unforeseen problems. Many women wear abaya for the first time when they are performing Hajj. Therefore they are not accustomed to carrying it well and may loosen their scarf mid-way during tawaf. Tightening the scarf back may cause discomfort and distract one from performing the tawaf. Under scarf caps are pretty handy to wear during Hajj to avoid such a situation. The cap holds the scarf tightly so that you do not have to worry about it.

Hajj is a physically exerting worship. You have to walk for miles in the three days. Uncomfortable shoes may cause blisters or swell, causing a lot of pain. Therefore comfortable shoes are a must to wear during Hajj.

It would help if you chose the proper footwear to use and this is best to wear a tried and tested pair of shoes rather than opting for a new one or a different brand. It takes a bit of time to settle in new shoes. Also, experimenting with changing brands on such an important journey is not good.

Women generally wear walking shoes or sneakers during Hajj. They are supposed to keep their feet covered. Many women also wear flip flops with socks. Avoid wearing shoes that tie with laces. Laces cause distraction as they may loosen at any time. Also, there is a risk of tumbling as you might not realize that the laces are open. Stick-on shoes are ideal for wearing during Hajj. Make sure the footwear is plain. Avoid wearing flashy footwear that attracts unnecessary attention.

Important gears to beat the sun: –

Weather conditions in Makkah are very harsh. It is extremely hot. You need to take necessary precautions to avoid heatstroke. Opt for a fabric that does not absorb heat. Instead of pure fabric, a mixed fabric is best to wear during Hajj. Opt for white clothes such as white cotton pants, summer socks, and white innerwear. Sunglasses are also essential to stop the glaring sun in Makkah. A prayer scarf also protects the head from the scorching sun. Many women carry an umbrella with them to provide shade during Hajj. It is ideal for carrying only the most important stuff in your backpack. Carry less stuff to make it convenient for you to perform Hajj. Many people hang their backpacks on the front instead of the back to save time when taking things out. Big bags are not allowed inside Masjid-al-Haram. Hence carry a convenient and small bag inside Masjid-al-Haram.

Apart from guidelines regarding what to wear during Hajj, it is also important for people to know what are the things that violate the conditions of Ihram. Women are not allowed to cut, shave, or pluck hair in Ihram. That is why it is better to even comb the hair very lightly so that they do not cause hair breakage unintentionally. Similarly, clipping of nails is also not allowed in Ihram. Women cannot wear any fragrance in Ihram. Perfume and scented soap, shampoo, or handwash are also not allowed. People use unscented variety. Instead of toothpaste, people use miswak to brush their teeth during Hajj. Women cannot wear makeup in Ihram.

These were the physical requirements for what to wear during Hajj. However, there are subjective conditions as well that pilgrims must abide by in Ihram. It is a condition of spiritual purity. Therefore you must cleanse your mind and soul of any kind of evil when you embrace Ihram. Women must not engage in backbiting, feeling of hatred towards anyone, or any other vices. You must not hurt even a small animal or tree in Ihram. Everyone is equal in Ihram, whether rich or poor. Therefore no one must feel superior toward another being. A clear understanding of Ihram, its importance, guidelines on what to wear during Hajj, and other details allow women to perform their Hajj without making significant mistakes.