Importance and Benefits of Tahajjud Prayer in Islam:

The Tahajjud prayer is offered at any night during the night after Isha and before Fajar prayer. It is one of the most admired and beloved acts of worship a believer can perform to please Allah. the Holy Quran says:

The Prophet Muhammad (PBUH) is reported to have said:

“O, people! Spread the salams, feed others, maintain family ties, and pray at night when others sleep and you will enter Heaven safely.” 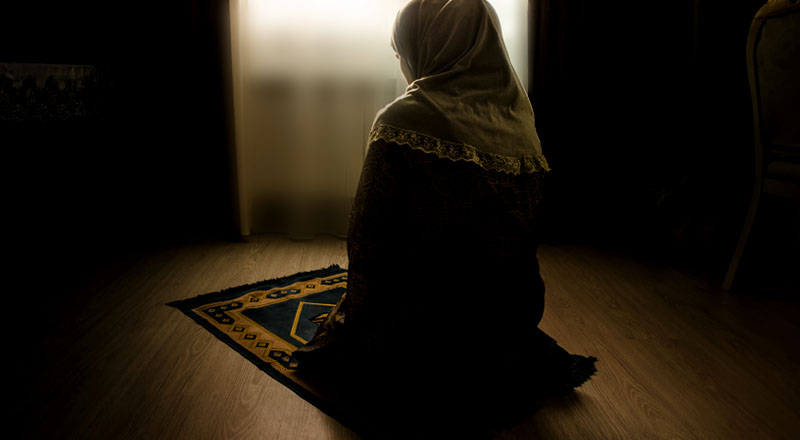 Allah regards Tahajjud prayer as very close to Him. It is because of several reasons. Prayer made at night is considered to be sincerer as a person is most likely to open himself to His Creator, revealing his sins and pleading for forgiveness. Secondly, the night is made for rest. So it greatly pleases Allah when a believer gives up on his time for rest and sleep in order to invoke and worship Allah.

Another very important reason why Tahjjud prayer is very beneficial for the soul is that at night the mind and heart are completely free and unoccupied. So whatever you recite shall leave a greater impact on your heart and soul as you will be better able to comprehend the meaning of the ayats. Hence, Tahajjud prayer is a shield from sins. Not only it wipes your previous sins. It also cleanses your soul and prevents you from committing sins at any time of the day.

Preparation and Way of Tahajjud Prayer:

According to ahadith, the best time to offer Tahajjud prayer is one-third of the night as you wake up from sleep. So when you get up at night to perform Tahajjud, perform ablution just like you do for any other prayer. Then make the intention to offer Tahajjud prayer. The prayer must be performed at a clean place that is away from any possible distractions. There is a minimum of two and a maximum of 12 rakaats you can offer during Tahajjud. It is up to you how much you want to offer.

The most important part of Tahajjud prayer is supplicating to Allah. It is a golden chance for a believer to repent of his sins and cry in front of his Creator for his mercy and grace. Nothing pleases Allah more than the sight of seeing a believer cry for Him during the darkest hours of the night.

It is best if you make Tahajjud a part of your daily routine. After offering prayer you can also engage in the recitation of the Holy Quran which in itself is a very rewarding deed. You should also encourage your family members to offer Tahajjud prayer. This is the best you can do for your beloveds; encourage them to get closer to Allah. The devil shall remain away from your house and you will be under the supreme protection of Allah. Moreover, Allah will shower his blessings upon you and your family.

Tahajjud prayer is the best prayer after the five obligatory prayers. It is one of the best ways to gain Allah blessings and mercy. Prayers made at Tahajjud are not returned unanswered, for Allah is most rewarding and hearing during the last one-third of the night. So perform Tahajjud prayer to grow spiritually and get closer to Allah.