The Holy Kaabah is the most sacred building for the Muslims of the world. It is the Qibla where the Muslims prostrate and offer their daily five prayers. Our beloved Prophet Muhammad PBUH after returning from his famous voyage of Miraaj narrated about the Bait-al Mamoor. It is the house of Allah situated right on top of the Holy Kaabah where 70,000 angels offer their prayers every day and do not come back while the fresh group of angels comes to their place.

The Holy Kaabah is surrounded by some interesting structures and wonders of the world. One of these structures includes Musallah Jibraeel which is present right beside the wall of the house of Allah. It is the place where the holiest of angels Syedna Jibraeel guided our beloved Prophet Muhammad PBUH to offer Salah. It happened after the commandment of five obligatory prayers in a day. The respected angle Jibraeel descended for two continuous days near the door of the house of Allah by the order of Allah Almighty. 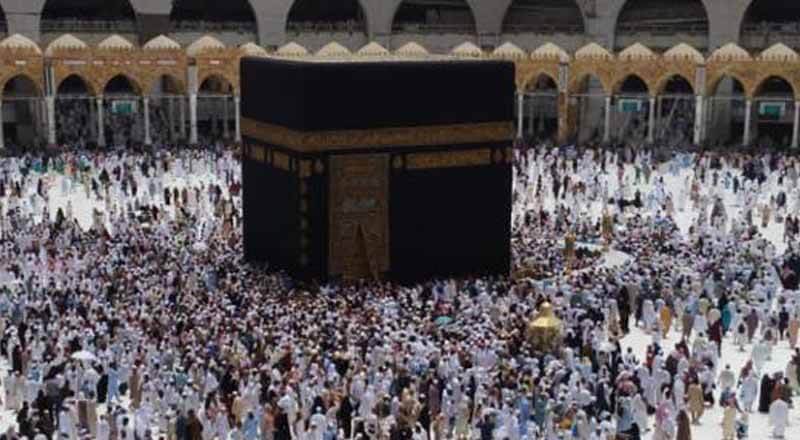 The place where this historical event took place is called Musallah Jibraeel or Mujjan.  The slope on the side of Holy Kaabah heaven of the earth has 6 marbles brown in color that indicates the Musallah Jibraeel. Until 1985 the symbol of Mujjan was present in the form of a square pit hole which used to disturb the pilgrims during tawaaf. After the year 1985, the pit was leveled and filled with two symbolic squares drawn on the floor along the wall of holy Kaabah. The white marbles on the slope of the Kaabah wall also have the six brown marbles which are fixed on the exact location of Musallah Jibraeel.

The original place of Mujjan is still present nowadays in front of the six brown marble. It is present on the right side of the Kaabah door and can be seen in the form of two rectangles. The Imam Kaabah places his prayer mat on the two rectangular spots on special occasions like Eid close to Musallah Jibraeel. This place is not permanent for the imam Kaabah to lead the prayers. He chooses to lead prayers in the special times like evening of Ramadan or Eids when the crowd is at the peak and the tawaaf is stopped for mandatory Salah. During these times the Imam stands on the place of Musallah Jibraeel and lead prayers.

Arrangement and Duration of Prayers