The last sermon has great significance as it was the most comprehensive and guided sermon ever delivered. Prophet Muhammad (PBUH) asked his companions to pay heed to every single word and spread the message to those not present there. He emphasized on the importance of the five pillars of Islam. He emphasized on the sanctity of life of every Muslim and the fact that everyone shall be accountable for his deeds on the Day of Judgment.

Most importantly, he reinforced the sanctity of human rights such as that of a wife over her husband and of a husband over her wife. He stressed the equality of human beings and condemned supremacy on the basis of caste, color, and creed. However, supremacy is only on the basis of piety and deeds in the eyes of Allah.  Prophet Muhammad (PBUH) also warned Muslims of the evil intention of Satan to try his best to lead Muslims to the wrong path; the path which Allah has forbidden to take. Prophet Muhammad (PBUH) also forbade Muslims to conduct business dealings involving interest.

To this date, the last sermon delivered by Prophet Muhammad (PBUH) at Masjid Nimrah is remembered as the best sermon ever for the uplift of humanity. 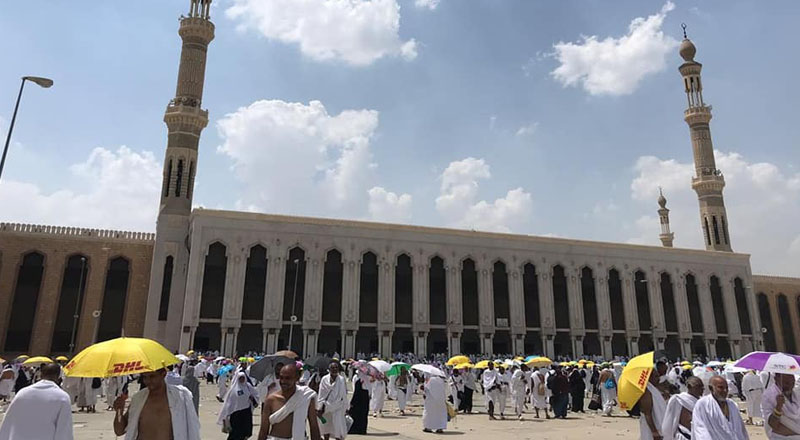 Masjid Nimrah was constructed in the second century of Hijri at the place where the last sermon was delivered and prayers led by the Prophet Muhammad (PBUH). Afterward, extensions were made to the mosque to facilitate the jointly offered Zuhr and Asar prayers by the pilgrims. The mosque has some of the most beautiful minarets in the world. Apart from Hajj days, the mosque is not much crowded and its beauty can be easily witnessed. However, its inner halls are closed at other times of the year.

Visitors can come to offer prayers in the courtyard of the mosque. The mosque has been upgraded and renovated from time to time to facilitate the pilgrims. For instance, the installation of toilets made it easier for pilgrims. Similarly, construction of quite a few entrance gates has made it possible to accommodate more than a hundred thousand people who come to offer prayers.  Over the years due to such expansions it has become the third-largest mosque in terms of area, after Masjid al-Haram and Masjid al Nabawi. Masjid Nimrah features 403 columns each having a very unique geometric shape.

Masjid Nimrah was built to honor the place where Prophet Muhammad (PBUH) delivered the historic last sermon which is the place called Wadi Urana. This place is outside the plains of Arafat. So some parts of Masjid Nimrah are out of the limits of Arafat. This factor was considered when the mosque as being built. So the mosque is basically divided into two units. The first unit is where the sermon was delivered. This is outside Arafat. On the other hand, the second unit is that which is within the boundaries of Arafat.

It is an important ritual of Hajj to spend time in the plains of Arafat. So if someone spends time in the first unit of Masjid Nimrah during the afternoon till sunset. The ritual of spending time in Arafat is compromised making the Hajj incomplete. This is the reason why there are plenty of signboards guiding pilgrims as to where they should stay so that their Hajj rituals are performed accurately. 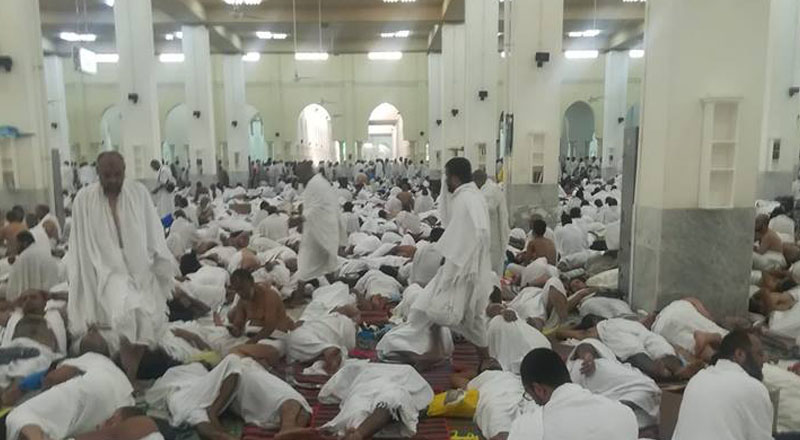 Masjid Nimrah is one of the most important mosques in Islamic history. Every year hundreds of pilgrims offer zuhar and asar prayers on 9th of Zil Hajj in this mosque.